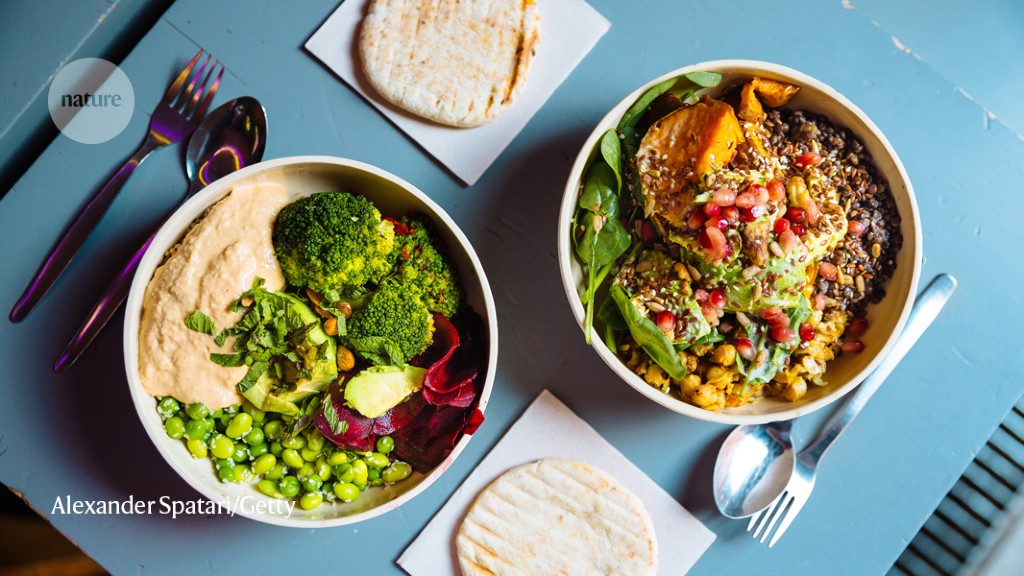 An analysis shows that the amino-acid profiles of vegan, vegetarian and omnivorous diets are similar.

Vegetarians, vegans and omnivores end up consuming similar ratios of amino acids, regardless of whether their menus lean more heavily on beef, beans or Greek yogurt — implying that protein type is not responsible for the health benefits of plant-based diets.

Plant-based diets have been linked to a reduced risk of cardiovascular disease and type 2 diabetes. Vegans and vegetarians tend to eat less protein than meat-eaters, but it’s not clear which aspect of a meat-free diet confers benefits.

Michael MacArthur at the Swiss Federal Institute of Technology in Zurich and his colleagues found that the diets of people who are vegan, vegetarian and omnivorous have similar amino-acid profiles — despite differences in the amino-acid composition of their food. This suggests that health might be influenced more by the total amount of protein a person consumes than the type.

The team fed mice diets that varied in amino-acid composition and quantity. Mice given the most protein had higher blood levels of sugar and fat than mice that consumed less protein, regardless of the protein source.

Home Improvement Tips For Spring
We use cookies on our website to give you the most relevant experience by remembering your preferences and repeat visits. By clicking “Accept All”, you consent to the use of ALL the cookies. However, you may visit "Cookie Settings" to provide a controlled consent.
Cookie SettingsAccept All
Manage consent