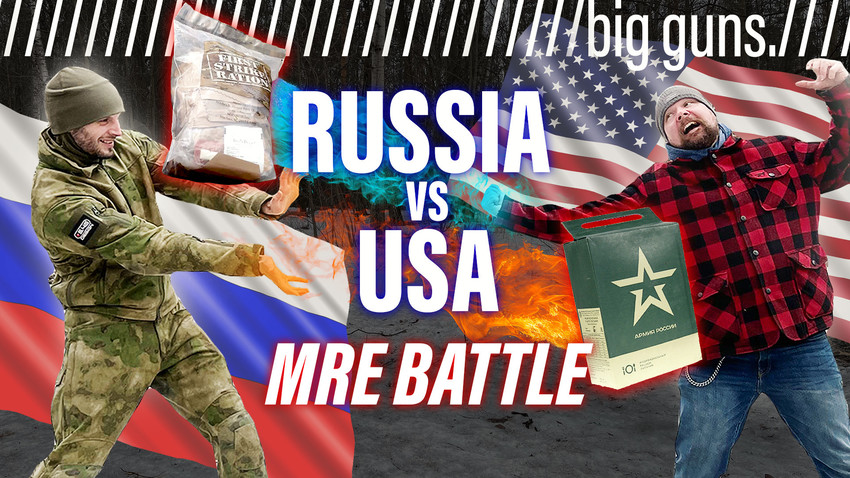 The armies of the world are often compared in terms of technical equipment and combat power. But they often forget about one of the most important aspects of military service: nutrition. For the new ‘Big Guns’ episode Nikolay Litovkin and Tim Kirby decided to do a meticulous test of military MREs (Meals Ready to Eat) from Russia and the U.S. to see whose was better!

American Tim received the usual individual food ration for soldiers in the Russian army. It’s designed for several meals and allows one to keep an energy balance throughout the day.

There are 7 different rations in use by the Russian army, but each of them includes:

They differ in the set of canned foods: it can be meat with a side dish, various porridges, vegetable stew, pates and other dishes.

Tim has already lived in Russia for a long time, so the pork fat/bacon in the set was not a surprise to him. But the need to heat the main dishes before eating them gave him a lot of trouble!

Russian Nikolai received a ‘first-strike’ package – an MRE designed for use by the U.S. Army on-the-go. 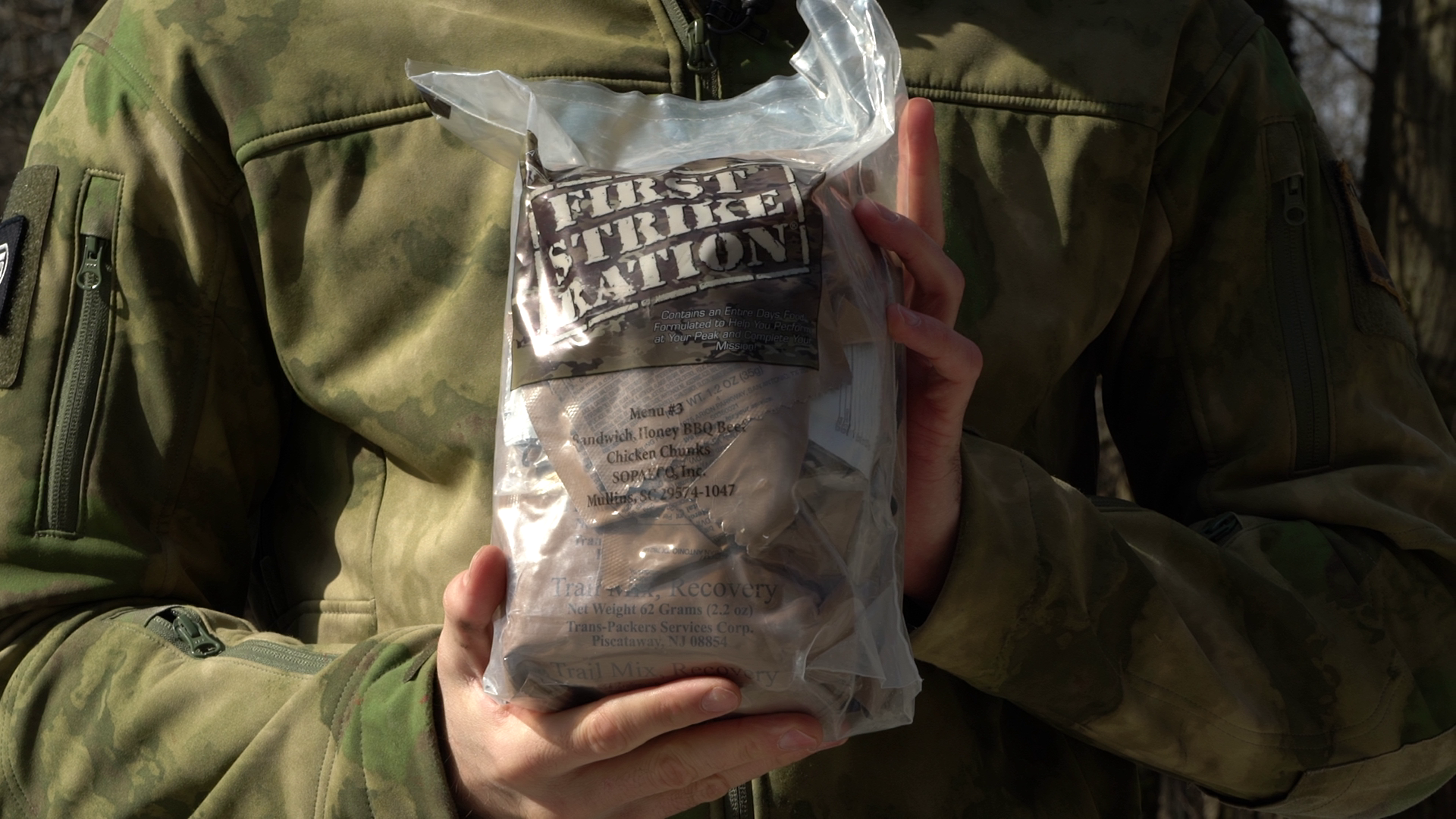 Although it looks a bit more modest than the Russian one, it only has 1,000 fewer calories and a similar composition of calories, proteins, fats and carbohydrates. The main difference from the Russian one is that there is no need to heat the food. This saves the soldier time in a real combat situation.

A total of nine types of ‘First Strike Ration’ menus have been developed and they vary greatly in composition. However, each ration includes:

Nikolai was confused by the unfamiliar taste of barbecue sauce in bread and the incredibly stiff energy bars. But the cinnamon pastries and snacks were a pleasant surprise.

But who won in this gastronomic battle? Watch the whole episode and write which you preferred in the comments on YouTube!

If using any of Russia Beyond’s content, partly or in full, always provide an active hyperlink to the original material.

Technology News
We use cookies on our website to give you the most relevant experience by remembering your preferences and repeat visits. By clicking “Accept All”, you consent to the use of ALL the cookies. However, you may visit "Cookie Settings" to provide a controlled consent.
Cookie SettingsAccept All
Manage consent