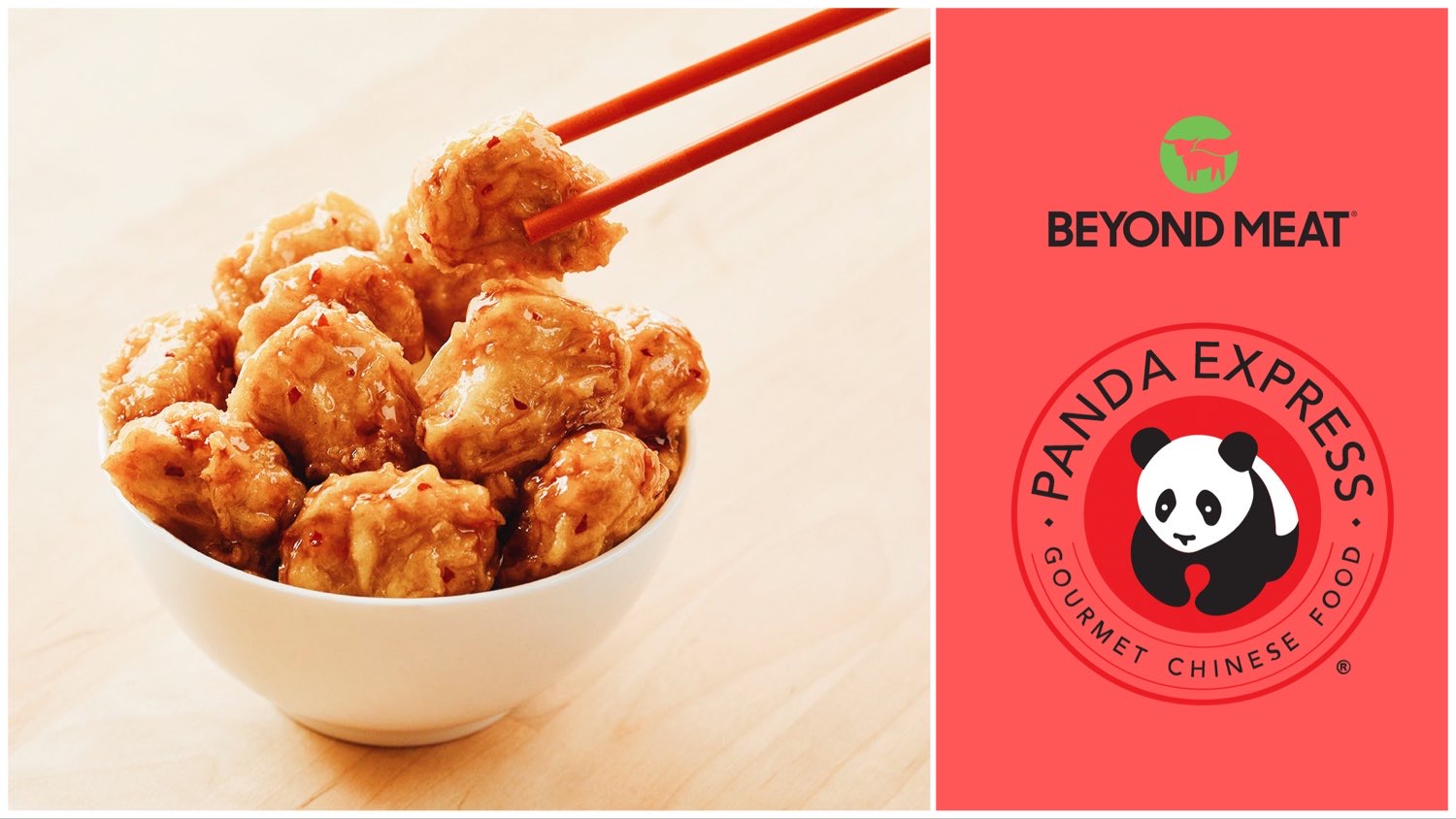 Panda Express and Beyond Meat have teamed up to launch vegan orange chicken at several locations across the United States. The new plant-based dish, dubbed Beyond The Original Orange Chicken, is available beginning July 26 for a limited time at select Panda Express outposts in New York City and southern California.

The vegan dish was designed to cater to customers’ “evolving preferences” as more people are embracing plant-based and flexitarian diets, and it is billed as a “delicious and innovative take” on Panda Express’ iconic meal. As you may have guessed, the new dish features crispy pieces of plant-based Beyond Chicken that have been wok-tossed in Panda’s signature (vegan-friendly) orange chicken sauce.

Beyond The Original Orange Chicken boasts a crunchy texture like the original dish all coated in a sweet, tangy, slightly spicy sauce. The dish was designed to pair well with Panda’s veggie-based sides. The plant-based chicken is prepared on shared equipment with other products that do contain animal-based ingredients.

With this new menu item, Panda Express has become the first national Asian restaurant concept to serve Beyond Meat.

“As the creator of The Original Orange Chicken, Panda has significant brand equity in this staple American Chinese comfort food. We know guests’ tastes and preferences have evolved and look to us for variety,” said chef Jimmy Wang, Executive Director of Culinary Innovation at Panda Express.

He added: “Creating a fresh new take on a classic favorite is a great and accessible way to introduce plant-based proteins to our guests and perhaps even draw a new audience for Panda.”

The debut of Beyond The Original Orange Chicken marks the second time in as many weeks that Beyond Meat has unveiled a new product that can help transform the fast-food and fast-casual vegan dining space. Earlier this month, the California-based brand launched vegan chicken tenders at nearly 400 restaurants around the country, including Next Level Burger/Next Level Clucker, Dog Haus, and Detroit Wing Company.

And that’s not all. In November 2020, the brand began testing minced vegan pork in restaurants across Shanghai, China. Beyond Meat created the vegan meat specifically for the Chinese market, as animal-derived pork is the most popular meat in the country.

Additionally, Beyond Meat partnered with McDonald’s, Pizza Hut, Taco Bell, and KFC in February to expand each chain’s plant-based menu offerings. And earlier this year, Beyond Meat and PepsiCo joined forces to develop vegan products that have yet to be announced.

“We are honored to be KFC China’s chosen partner to introduce the first plant-based meat version of the Spicy Beef Wrap, one of their most iconic and popular menu offerings to consumers,” Ivy Xu, Brand & PR Director of Beyond Meat China, said at the time.

Samantha Leffler is a writer and editor who writes about food, health, and entertainment. She was previously the Food Editor at Us Weekly. Her work has appeared in BuzzFeed, MarthaStewart.com, FoodNetwork.com, Cosmopolitan, The Hollywood Reporter, and other outlets.

Us Travel News
We use cookies on our website to give you the most relevant experience by remembering your preferences and repeat visits. By clicking “Accept All”, you consent to the use of ALL the cookies. However, you may visit "Cookie Settings" to provide a controlled consent.
Cookie SettingsAccept All
Manage consent