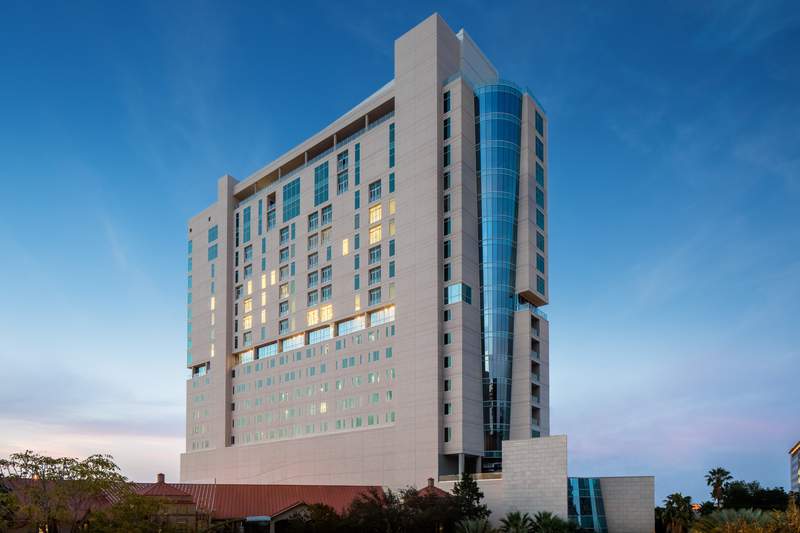 SAN ANTONIO – San Antonio is a foodie’s paradise when it comes to the wide array of options available for locals and tourists to enjoy.

So, it comes as no surprise that San Antonio restaurant, The Moon’s Daughters, was named second in Business Jet Traveler’s “Top 5 Best Texas Restaurants.”

“The Moon’s Daughters is a party spot but a chic one, an establishment you might expect to see in Los Angeles,” the magazine said in the article, which was published June 28.

Jet Traveler recommends the hazelnut and lemon-butter octopus, which takes days to prepare. They also suggest trying the build-your-own mezze plate, which has options such as hummus, marinated olives, labneh and roasted veggies.

The food isn’t the only thing that Jet Traveler says makes this spot great. The restaurant is located on the rooftop of the hotel and gives guests the opportunity to get an amazing 360-degree view of the city.

The rooftop sights are even more spectacular at night.

The restaurant is only open Wednesday through Sunday from 4 p.m until 12 a.m.. However, Fridays and Saturdays, they remain open until 1 a.m.

The Moon’s Daughters is strictly for guests 21 and up. Walk-ins are accepted at the restaurant, but reservations are highly suggested to get a table.

You can read the full review from the Business Jet Traveler here.

Copyright 2021 by KSAT – All rights reserved.

Best Business For Beginners
We use cookies on our website to give you the most relevant experience by remembering your preferences and repeat visits. By clicking “Accept All”, you consent to the use of ALL the cookies. However, you may visit "Cookie Settings" to provide a controlled consent.
Cookie SettingsAccept All
Manage consent