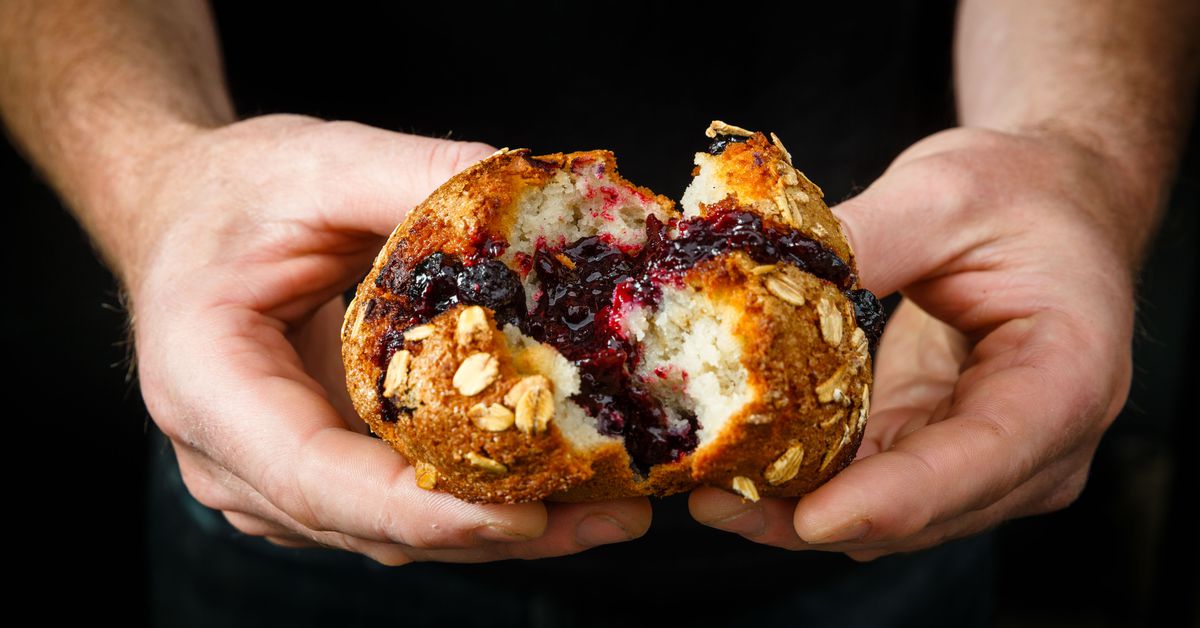 It’s been a minute since New York has heard from Matthew Tilden, the chef behind Bed-Stuy’s acclaimed neighborhood bakery Scratchbread. In the half decade since Tilden closed his beloved bread counter with a 42-line poem, the chef has done some consulting work, including for Maya Congee Cafe in Bed-Stuy and High Low Beverage Company in Bushwick, along with some thinking. He’s reflected on how to build a better, more sustainable food business — don’t hire unpaid interns, do find a managing partner — and figured out that his next project, a neighborhood bakery called 7 Grain Army, will focus on grains, not gluten.

Among the lessons he’s learned, there’s one thing he’s ready to share with the world (or at least Williamsburg to start): “Muffins fucking suck.”

More than five years after closing his first business, Tilden opened his sophomore project earlier this spring, a corner bakery at 88 Roebling Street where everything is gluten-free. After opening 7 Grain Army — first as a 4/20 and Mother’s Day pop-up, then as a weekend-only operation with baked goods and prepared foods — Tilden and co-founder Jeffrey Olsen are gearing up to expand in a big way, with additional hours, gluten-free “flour” tortillas, and a few more grains.

Fans of Tilden’s work in Bed-Stuy might be scratching their heads. Sure, a frozen version of his legendary Anson Mills grits has made its way to the new bakery, but what about the loaves of sourdough and bourbon wheat that earned Scratchbread its citywide following? Notably, neither Tilden nor Olsen follows a gluten-free diet. The decision to move away from wheat was motivated by the duo’s desire to create breakfast options that emphasize whole grains, seeds, and pre- and probiotics.

It started with muffins, which “are essentially cake,” Tilden says. “We don’t want [people] walking away having 50 percent of what they just ate be sugar. We want it more in the 20 percent range, along with some probiotics.” At 7 Grain Army, where baked goods are made using grains like fonio and quinoa, he calls his version of the muffin a “muFin.”

What’s with the capital letter? Tilden says it stands for “a big middle finger to cake for breakfast.”

Some Scratchbread fans might be disappointed, but then again, 7 Grain Army isn’t really for fans of Scratchbread, Tilden says. “I don’t care if people expect certain things,” he says. “This is for people that really need what we’re doing.” He means gluten-intolerant New Yorkers, who reportedly have been lining up at the new bakery, hoping for a single gluten-free option, and finding a gluten-free menu.

The menu at the corner bakery seems to grow from visit to visit, but currently includes loaves of millet and sorghum bread, heaping slabs of pecan-cinnamon coffee cake, and close to a half-dozen muFins. Of the latter category, don’t miss the blueberry-oat version — the duo pipes blueberry-cranberry jam directly into the center — or the corn muFin, made from Anson Mills corn flour and fonio, a gluten-free West African grain also present on the menus at Teranga and Fieldtrip.

Drinks include coffee from Parlor Roasters and jamu, a Balinese beverage made from turmeric, ginger, coconut sugar, and lime that Tilden encountered while backpacking on the Indonesian island after closing Scratchbread.

The latest addition to the menu, breakfast tacos on a gluten-free “flour” tortilla, may be a first in Brooklyn, even for a borough whose selection of Texas-style tortillas continues to grow. Tilden could have just used a corn tortilla, which is gluten-free by nature, but the California-born chef wanted to replicate the absorbent, doughy tortillas of the Southwest, which are just as good after a half-hour in a delivery container as they are fresh.

As for the restaurant’s name, Tilden and Olsen say the seven grains they will feature are still coming together. Four have been confirmed so far — fonio, brown rice, quinoa, and oats — each of which will eventually be represented by its own mascot, but for now the bakery’s sole representative is a lone black bean in a superhero’s mask. The character comes from a children’s book that Tilden pitched about a “super” food that fought bad ingredients.

The book deal never went through — his agent reportedly told him to start with a cookbook — but the bean has found a permanent home on a sign at the bakery’s entrance, as well as on several of its prepackaged foods.

During his roughly six-year run at Scratchbread, Tilden became known for his anti-establishment approach to running a restaurant, where he served sought-after meals — grits, pizza bread, and chai sticky buns — sometimes out of paper cups. Scratchbread was deserving of the hype it received, according to Grub Street, while New York Times critic Tejal Rao named the bakery one of the best in the city in a 2012 roundup for the Village Voice.

But behind the scenes, running an unceasing, one-person operation was taking a quiet toll on Tilden’s mental health. “Everything was on my shoulders,” he says. “I created something that everyone wanted, but that wasn’t smart from a business perspective … I knew about a year and a half before I closed that if I didn’t find a partner, I was going to shut it down.”

Tilden couldn’t have known it at the time, but the Scratchbread founder had already met his current business partner in 2012. Olsen — now a managing partner of 7 Grain Army, then a burnt-out events producer — was already working at Scratchbread when it closed in 2015. He had responded to a Facebook advertisement for a dishwashing position at the bakery while between jobs and ended up sticking around, he says.

The pair parted ways following the bakery’s closure but reconnected for a series of consulting projects, which included developing the menus at Maya Congee Cafe and High Low Beverage Company. In 2020, the duo began fundraising to open 7 Grain Army through Mainvest, a micro-investing website that allows individuals to invest in businesses in increments of $100 or more. Roughly 115 people have invested a total of more than $57,500 in the bakery at the time of publishing, some of whom are neighbors, Tilden says.

The partners plan to eventually leverage the platform to get the bakery’s muFins into the freezer aisle of grocery stores, but for now the best way to get a taste of Tilden’s latest project is from the walk-up counter at 7 Grain Army. The Williamsburg bakery is currently open for takeout and delivery from 8 a.m. to 2 p.m., Thursdays to Sundays.

Best Automotive Battery Charger
We use cookies on our website to give you the most relevant experience by remembering your preferences and repeat visits. By clicking “Accept All”, you consent to the use of ALL the cookies. However, you may visit "Cookie Settings" to provide a controlled consent.
Cookie SettingsAccept All
Manage consent