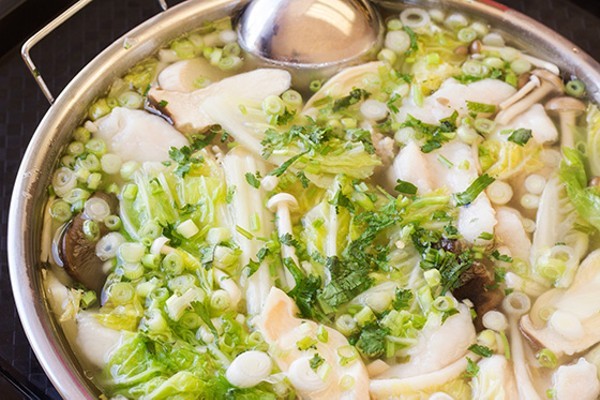 A few months ago, in-the-know food-lovers around town were in a tizzy thanks to a cryptic sign on the doors of the Overland under-the-radar gem, Chef Ma’s Chinese Gourmet (10440 Page Avenue, Overland; 314-395-8797). The sign hinted that the restaurant was closed, and though it teased there might be a new iteration at some point in the future, rumors and fears spread that this marvelous bastion of Chinese cuisine was yet another casualty of the pandemic.

My how times have changed. Just a few months later, May brought us the good news that Chef Ma’s was not only re-opening, but that it was doing so in expanded digs — bigger and better than ever. But it wasn’t only the Chef Ma’s news that made this past month seem more hopeful than any other since February of 2020. A slew of new restaurants came online, while those temporarily shuttered reopened — a signal that, in spite of all the remaining challenges for the industry, things might be making a sustained turn toward new normalcy.

Sadly, though, the month brought with it some significant closures. News that Boogy’s Donuts — arguably the best doughnuts in a town flush with great doughnuts — was closing landed like an unexpected gut punch. Considering how popular the University City shop was, it’s difficult to imagine that this is the end for its outstanding wares. We’ll live on that hope indefinitely.

Did we miss anything? Leave a note in the comments.


We are always hungry for tips and feedback. Email the author at [email protected]

Employment Law Trends 2022
We use cookies on our website to give you the most relevant experience by remembering your preferences and repeat visits. By clicking “Accept All”, you consent to the use of ALL the cookies. However, you may visit "Cookie Settings" to provide a controlled consent.
Cookie SettingsAccept All
Manage consent