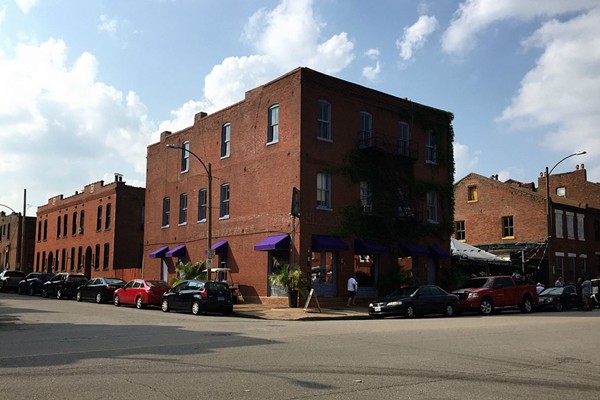 A beloved, Soulard watering hole is the latest casualty of the COVID-19 pandemic. Nadine’s Gin Joint (1931 South 12th Street, 314-436-3045), the two-decades-old gathering spot, served its last guests this past Sunday.

Nadine Soaib, who has owned the tavern for 21 years, confirmed the news, citing staffing shortages and associated revenue decline as the reasons for the closure.

“Personally, I spent too much time in the kitchen and was closed half of the hours I should’ve been open, because I just couldn’t find cooks,” Soaib says. “My restaurant is open six days a week, and it was just me and one other cook Wednesday, Thursday and Friday night, and Saturday and Sunday for breakfast. That means the kitchen was only open about 50 percent of the time it could be open, which affected sales. It also affected the income of the servers and bartenders, who graciously didn’t abandon me, even after they knew we were closing. I’m so grateful to them and to customers, but ultimately, the lack of food affected the bottom line.”

Soaib’s situation reflects a crisis that has plagued the hospitality industry since restaurants and bars began to reopen last year after temporary, pandemic-induced closures. Establishments across the spectrum — from elegant fine-dining restaurants to fast-casual spots to neighborhood bars — have all struggled to fill their ranks to meet demand from eager guests, turning to increased wages and hiring bonuses to entice would-be workers.

For Soaib, there was simply no way to hang on any longer, despite her loyal front-of-house staff and customer base.

“I have people who came here for our last night— Customer Appreciation Night — on Sunday, and they were teary-eyed,” Soaib says. “Everyone had a story, and they all told me things like this was their safe place to come and have a drink or read a book. You just never know what a place means to people.”

Despite the closure, Soaib remains upbeat about her situation. Because she owns Nadine’s building, she has been able to lease it out to a forthcoming establishment. The arrangement allows her a little bit of time to figure out her next move — one that will hopefully not take this veteran Soulard bartender too far from her old place.

“I’m not sure what I am going to do yet, but I have an idea for a smaller-scale, breakfast-only restaurant,” Soaib says. “Only time will tell, but I feel so fortunate that I own the building and have been able to lease it out. There are a lot of people out there who don’t have that, and it’s heartbreaking to me. I feel so fortunate.”

Best Fashion News In Utah
We use cookies on our website to give you the most relevant experience by remembering your preferences and repeat visits. By clicking “Accept All”, you consent to the use of ALL the cookies. However, you may visit "Cookie Settings" to provide a controlled consent.
Cookie SettingsAccept All
Manage consent