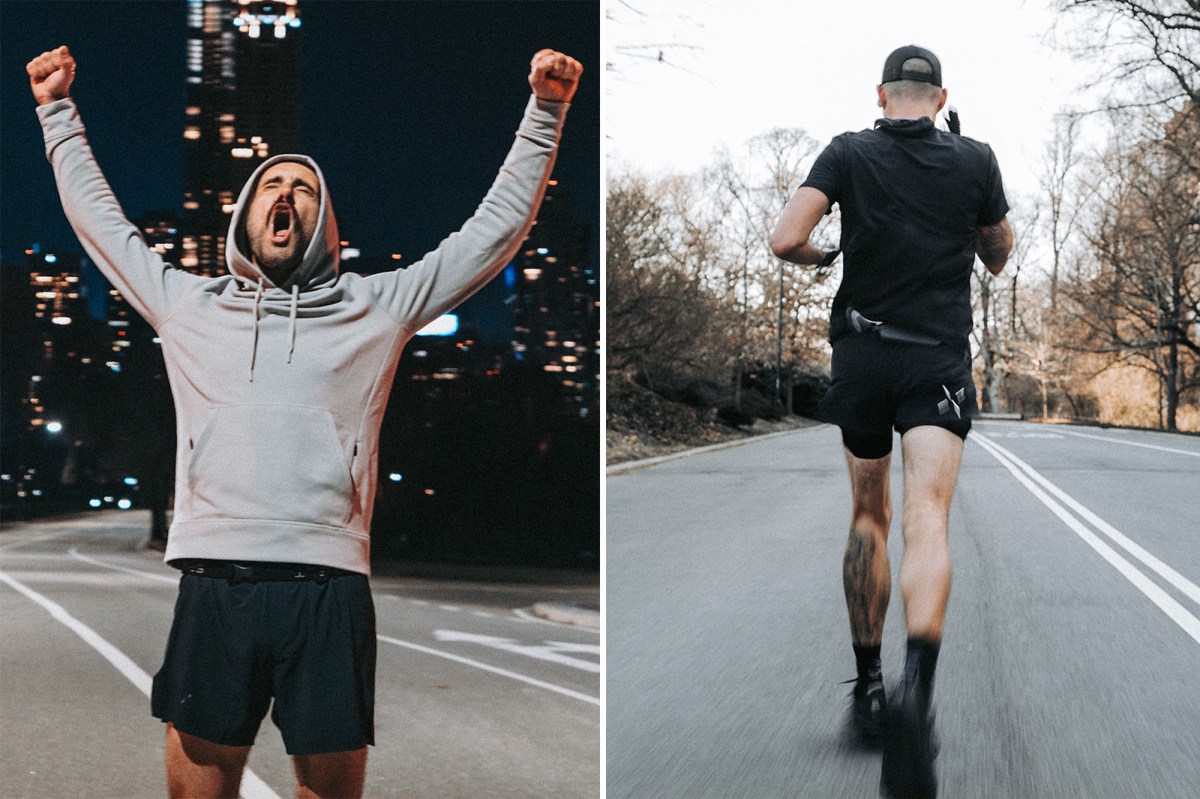 “The plant-based diet helps me to excel as an endurance runner,” Balenger, 36, told The Post. “Breaking down animal protein can be laborious on our [digestive] systems.”

His daily meal plan packs on the plants: For breakfast, he loads up on kale and fruit smoothies, a spinach salad with chickpeas and olive oil for lunch and a bowl of beans, brown rice and mixed veggies for dinner. Menus like this one powered Balenger to circle the 6.1-mile perimeter of New York City’s premier park an unprecedented 16 times on March 21.

Starting at 6:05 a.m. on the chilly first day of spring, Balenger completed the 98-mile trot in a little over 18 hours. And just “for fun” he hoofed it for another 2 miles, rounding out his trek to 100 miles.

No stranger to pounding the pavement, in 2019, Balenger ran 3,175 miles across the US — beginning in Los Angeles and ending in New York — in just 75 days. It was a triumph he initially thought was only accomplishable by fictional runner “Forrest Gump,” he said with a laugh.

Balenger and a buddy from London also did a 100-mile jaunt around their respective cities in the midst of the pandemic last year.

Since swapping out gooey cheeseburgers and sirloin steaks for his homegrown fruits and vegetables in 2018, Balenger — who first took up professional running in 2014 at 29 — has experienced a daily boost of energy that helps him accomplish his Herculean efforts.

He and fiancé Shelley Howard cultivate their own veggies in a 3-foot-tall self-watering, self-fertilizing lettuce grow tower. The stackable grow box allows home gardeners to raise up to 36 plants at a time.

Balenger and Howard eat what they grow and drink tons of water to stay hydrated throughout the day. Then he runs about 60 to 70 miles per week to maintain his strength and endurance.

“Plants are easier for our bodies to break down, and they give us more energy to complete challenging physical activities,” he said.

“Everybody sets the bar for the next person to break,” Balenger said, noting that Zellhoefer congratulated him on besting his time and distance. “He’s plant-based too.”

And while Balenger doesn’t have immediate designs on shattering his own record with a faster and further zoom around Central Park, he is planning to run the 500-mile Colorado Trail in the Colorado mountains this summer.

He’s also hoping to summit all 58 of the peaks over 14,000 feet in Colorado before Labor Day.

But he encourages anyone that is interested in breaking his Central Park record to set their minds on giving it their all.

“It’s all about striving to do your absolute best,” Balenger said. “As long as you’re out there giving it all you got in a healthy and safe way, you’re already a champion in my eyes.”

Education Tips
We use cookies on our website to give you the most relevant experience by remembering your preferences and repeat visits. By clicking “Accept All”, you consent to the use of ALL the cookies. However, you may visit "Cookie Settings" to provide a controlled consent.
Cookie SettingsAccept All
Manage consent