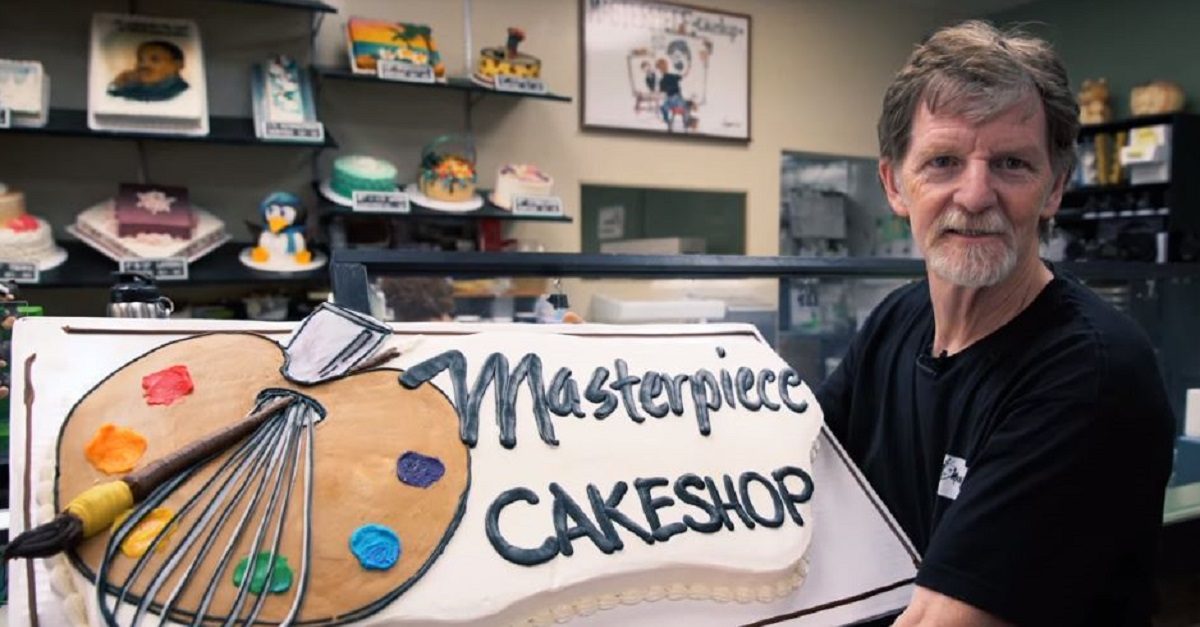 Masterpiece Cakeshop, the Colorado bakery operated by a devout Christian and staffed by his family, on Wednesday promised to appeal an adverse ruling by a local judge in favor of a transgender attorney who requested a blue and pink birthday cake to celebrate her transition from male to female.

The same cakeshop was previously sued by a different plaintiff for refusing to bake a cake for a gay wedding. That case made its way to the U.S. Supreme Court in 2018.

In the instant case, Denver District Court Judge A. Bruce Jones ruled that the cakeshop violated Colorado’s Anti-Discrimination Act (“CADA”) by refusing to bake a cake for plaintiff Autumn Scardina. The heart of the judge’s ruling is that baking and decorating the requested style of cake is not a form of “compelled speech.”  Therefore, the cakeshop and the cake decorator do not have a valid First Amendment claim which trumps CADA’s anti-discrimination provisions, Judge Jones reasoned. The average person would perceive the message presented by the cake to that of Scardina, not that of the cake decorator, the judge also said.

The ruling distinguished a case which did involve compelled speech and which Masterpiece Cakeshop relied upon heavily. In West Virginia State Board of Education v. Barnette, a case brought by a Jehovah’s Witness, the Supreme Court held that the government could not force individuals to recite the Pledge of Allegiance.

Judge Jones said forcing someone to salute the flag was “quite different” from a statute “preventing places of public accommodation from discriminating against transgender persons.”

“The anti-discrimination laws are intended to ensure that members of our society who have historically been treated unfairly, who have been deprived of even the every-day right to access businesses to buy products, are no longer treated as ‘others,”” the judge wrote. “This case is about one such product — a pink and blue birthday cake — and not compelled speech.”

“Based on the evidence presented, the Court concludes that Defendants were not requested by Ms. Scardina to engage in self-expression,” the opinion says earlier in its analysis. But it admits that the analysis “[p]erhaps . . . would be different if the cake design had been more intricate, artistically involved, or overtly stated a message attributable to Defendants.”

Jones ordered Masterpiece Cakeshop to pay Scardina $500 for refusing to make her cake as requested. The dollar amount is the highest possible penalty listed in the statute. The fine could have been as little as $50.

Scardina said the bakery’s refusal to bake her requested cake made her feel “as if she was considered an undeserving, objectionable human and that she was not as valuable, worthy or important as other customers.” She also said “[t]he rejection felt like a strike at her dignity and at the LGBT community,” the opinion says.

The court rejected Masterpiece Cakeshop’s attempt to evade liability by saying it would sell generic cakes to members of the LGBT community that are not decorated with a custom message.

The opinion also says Scardina chose to call the bakery when she found out the U.S. Supreme Court agreed to take the bakery’s original gay wedding case.

Attorneys for the Alliance Defending Freedom accused Scardina of targeting the cakeshop as an “activist attorney.” A statement from those attorneys referenced the cakeshop’s owner:

Jack Phillips serves all people but shouldn’t be forced to create custom cakes with messages that violate his conscience. In this case, an activist attorney demanded Jack create custom cakes in order to ‘test’ Jack and ‘correct the errors’ of his thinking, and the activist even threatened to sue Jack again if the case is dismissed for any reason. Radical activists and government officials are targeting artists like Jack because they won’t promote messages on marriage and sexuality that violate their core convictions. This case and others — including the case of floral artist Barronelle Stutzman, whose petition is pending before the U.S. Supreme Court — represents a disturbing trend: the weaponization of our justice system to ruin those with whom the activists disagree. The harassment of people like Jack and Barronelle has been occurring for nearly a decade and must stop. We will appeal this decision and continue to defend the freedom of all Americans to peacefully live and work according to their deeply held beliefs without fear of punishment.

And it is lawless disregard of binding Supreme Court precedent. https://t.co/6vLc5zo0N5

The original Masterpiece Cakeshop case before the U.S. Supreme Court rested largely on the way the Colorado Civil Rights Commission conducted a hearing in the original case. The high court said the state commission exhibited “clear and impermissible hostility toward the sincere religious beliefs” of the cakeshop’s owner.

From the Supreme Court in that case (citations omitted):

Our society has come to the recognition that gay persons and gay couples cannot be treated as social outcasts or as inferior in dignity and worth. For that reason the laws and the Constitution can, and in some instances must, protect them in the exercise of their civil rights. The exercise of their freedom on terms equal to others must be given great weight and respect by the courts. At the same time, the religious and philosophical objections to gay marriage are protected views and in some instances protected forms of expression. As this Court observed in Obergefell v. Hodges (2015), “[t]he First Amendment ensures that religious organizations and persons are given proper protection as they seek to teach the principles that are so fulfilling and so central to their lives and faiths.” Nevertheless, while those religious and philosophical objections are protected, it is a general rule that such objections do not allow business owners and other actors in the economy and in society to deny protected persons equal access to goods and services under a neutral and generally applicable public accommodations law.

It is important to note that when Phillips refused to bake a gay wedding cake in 2012, same-sex marriage was not recognized in Colorado. Obergefell wasn’t decided until 2015.

The newer case more squarely tees up the issues obscured in the original Masterpiece Cakeshop litigation.

[image via screengrab from the Daily Signal]

Have a tip we should know? [email protected]

Good Business For Beginners
We use cookies on our website to give you the most relevant experience by remembering your preferences and repeat visits. By clicking “Accept All”, you consent to the use of ALL the cookies. However, you may visit "Cookie Settings" to provide a controlled consent.
Cookie SettingsAccept All
Manage consent