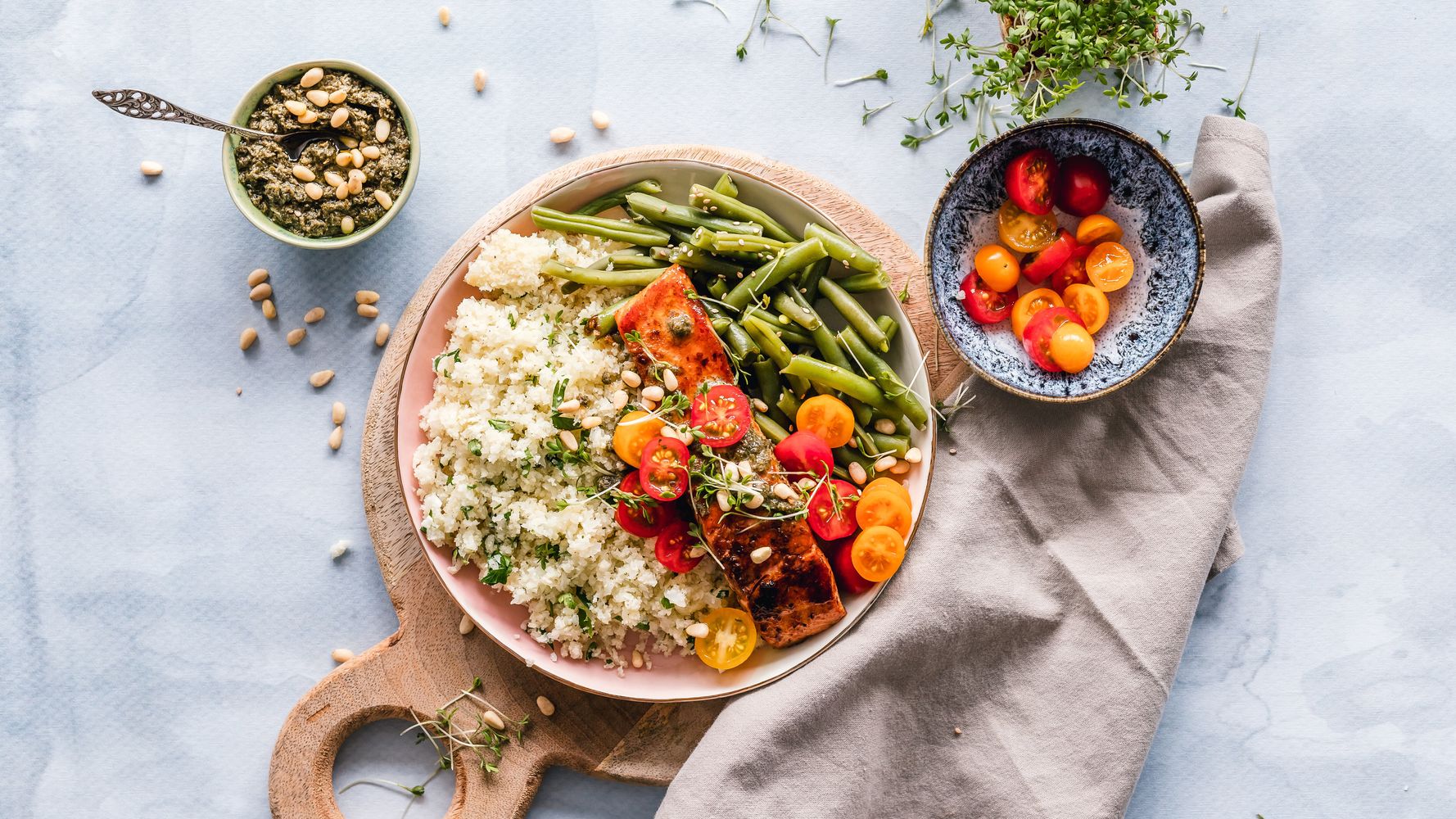 This past May, Miami Herald sports writer Michelle Kaufman wrote about the how the new Major League Soccer Inter Miami team has improved their collective diet. With the help of certified dietician Lissette Cornejo and former Delano and Intercontinental chef Elizabeth Barlow, they’ve gone from dining at Hooter’s after games and practices to partaking in the cafeteria. There, an array of options awaits, including grilled fish with quinoa. In the piece, midfielder Lewis Morgan is one player who specifically mentions quinoa as a reliable lunch standard.

The football pitch is not the only place in South Florida where protein-heavy quinoa makes a serious impression. In Miami, where a bountiful mix of Latinx populations thrive and share their food traditions, quinoa has long been a staple on plenty of menus, especially in the hundreds of Peruvian restaurants. And when celebrity chef Lorena Garcia’s pan-Latinx restaurant Chica Miami opened shortly before the pandemic, it was prominently part-and-parcel of several dishes. Let her teach you how to make it better than you’ve ever made it before.

The Origins And Benefits Of Quinoa

An ancient seed originally harvested in the Andean region that runs through Peru and Bolivia — and is now cultivated in more than 70 countries — this pseudocereal, as it’s known botanically, was first imported in 1984. Touted as a gluten-free super grain, quinoa seemed like a good substitute for those who couldn’t eat wheat.

For such a tiny seed, quinoa holds a host of health benefits ― it contains all nine essential amino acids, which are usually only found in complete proteins like meat, fish, eggs and soy. It also has a low glycemic index, making it easier for those who eat it to manage their energy and hunger levels, and it’s high in manganese and magnesium – a one-cup serving supplies 58{93dc336ded79d9c19a7fd46b704c562746eddfc4ab513b7b2ee0a4a79ff98b60} and 30{93dc336ded79d9c19a7fd46b704c562746eddfc4ab513b7b2ee0a4a79ff98b60} of the recommended daily allowance of each, respectively.

But it only really took off worldwide in the early aughts, when quality control improved and word spread that you had to rinse it before cooking to remove the bitter saponins, the naturally occurring toxins that keep insects, birds and other animals from consuming it — and makes quinoa taste like soap.

Those saponins, which chick peas and kidney beans also have, can wreak havoc on both your palate and your gastrointestinal system if they’re not removed. (Word of caution: Even if you do wash your quinoa, you can prove to be sensitive to its lingering saponins that you can’t taste and therefore still suffer from dismaying symptoms.)

As such, it’s important to keep in mind that like rice, quinoa should absolutely be rinsed before use. “I recommend running it through fresh water to eliminate any impurities before cooking,” Garcia said.

You should do this no matter how your quinoa package is labeled. These days, almost all commercially available quinoa comes pre-washed. But that means very little. The definition of pre-washed ― the force of the sprayers, the amount of water employed, whether it’s done by machine or hand, how many times it’s done ― is hardly ever specified and varies greatly.

If you’re sensitive to saponins, you might want to even soak your quinoa for a little while. Saponins act and taste like soap, so once you put the seeds in a bowl with water and whisk or stir them, you should see swirls of bubbles float up. Change the water a few times until nothing foams; now you know the saponins are washed away.

The Best Uses For Quinoa

The easiest way to cook quinoa is to steam it or simmer it in liquids until the seeds plump, fluff and split. As Garcia notes, “It cooks very similar to rice.”

If you choose to simply steam it, you can then substitute it for rice — or potatoes or pasta — to partner with any main course, such as chili or a curry. The tender quinoa will act as a sponge for savory sauces or juices. This negates the need to flavor it with anything but a little salt and pepper.

You can also serve steamed quinoa cold or at room temperature, turning it into salad fare. At Chica, Garcia employs steamed quinoa for what she calls “a hearty and healthful salad” that she tops with grilled shrimp. Steamed quinoa is easily interspersed with other vegetables and starches, such as grilled corn or roasted peppers, to give it crunch or other textural counterbalance. Then flavor it lightly with a dash or two of olive oil or a vinaigrette.

Leftover steamed quinoa is not to be discarded. Add it to soup or any casserole, like a seafood cazuela or a tagine, where another grain like couscous is typical. Or toss it in a wok with some egg, leftover proteins and vegetables to make fried quinoa.

If you’d rather boil it as you would rice, in a rice cooker or Instant Pot until the liquid is absorbed, enhance it with robust, seasoned stocks or zesty starters like a mirepoix or sofrito (garlic, onions and peppers cooked to tenderness in olive oil). The quinoa then pairs well with lean proteins such as roasted chicken, grilled fish or seared steak.

Crisp Quinoa Up As A Garnish

Garcia likes to utilize quinoa toasted as a garnish. “It’s a great ingredient for adding crunch and texture to different dishes,” she said. “At Chica we fry it at high temperature, making it nice and crunchy to top our famous Crispy Peruvian Octopus.”

That kind of crisp counterpoint also works beautifully on top of soft appetizers such as guacamole, hummus or even your favorite spinach dip. Garcia often contrasts her guacamole and more delicate dishes with pomegranate arils as well, which add a quick burst of juice. Try scattering both fried quinoa and pomegranate seeds over items like sauteed scallops or grilled avocado for super-easy but impressive presentations.

If you prefer to eliminate oils or don’t have a way to deep-fry at home, toast quinoa right on the stove. After you rinse it, allow it to dry on paper towels. (In this case, however, you can also start it wet — the heat will dry it quickly enough.) Either way, spread it out one cup at a time in a large, nonstick sauté pan. It quickly starts to pop like popcorn and turn brown. It will also smell nutty. After it cools, store it in an airtight jar in the refrigerator and use as is. There’s no need for further cooking unless you want it hot. Add to granola, fruit, salad or yogurt for counterpoints.

If you have a lot of quinoa that you’d like to toast, spread it in a thin layer on a baking sheet and pop it into a 375-degree oven. Just be sure to keep an eye on it, as it will toast up quickly. And make sure to move it around frequently so that it browns evenly.

Quinoa that’s been roasted in the oven can be pulsed in a spice grinder or food processor to make a gluten-free flour. Roasted and ground quinoa is superb for breading raw proteins and vegetables before putting them into the oven or air fryer. It’s also useful as a gluten-free way to thicken sauces, soups and gravies, or to make a roux.

In fact, making your own quinoa flour is an excellent way to add protein to your plant-based diet. Alternate or make a mix with nut flours for variations on the theme.

Of course, shortcuts are also available: You can always simply buy plain, organic, stone-ground quinoa flour. It’s usually in the baking aisle or the gluten-free section (or both). Stored in the fridge, it lasts up to two years, and is ideal for baking gluten-free treats.