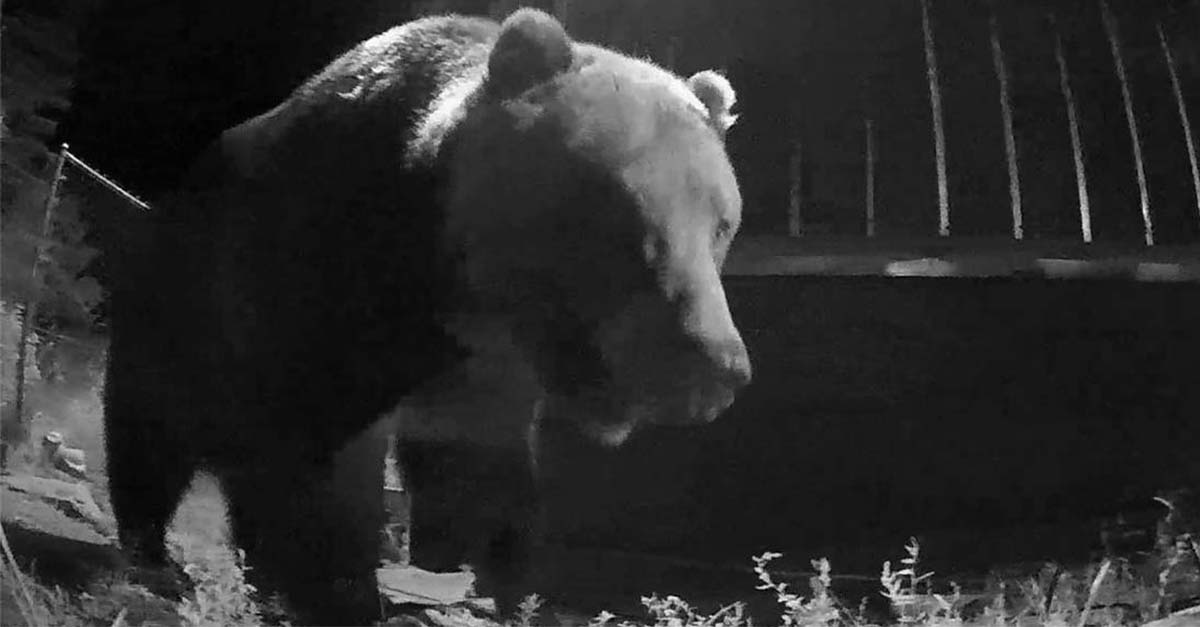 Joyce Kilmer-Slickrock Wilderness inside the Nantahala National Forest is known for its magnificent hiking trails.

“After recent reports of increased bear encounters,” the U.S. Forest Service has issued a warning, asking visitors to take precautions to avoid bears.

“This time of the year, black bears are opportunistically looking for food that campers and trail users bring on their trips,” the Forest Service explains. “The bears will often stay in the area of the incident for multiple hours, possibly days, depending on availability of food sources.”

No injuries have been reported. However, the Forest Service does note that although “black bear attacks on people are rare, such attacks have resulted in human fatalities.”

The Joyce Kilmer-Slickrock Wilderness has 17,410 acres — 13,590 acres in western North Carolina and 3,820 acres in the Cherokee National Forest in eastern Tennessee. The area is a hiker’s dream since it includes remnants of old-growth forest, including more than 100 tree species. Some of the trees are more than 400 years old — with circumferences greater than 20 feet and heights of 100 feet.

The Forest Service explains that, due to the reports of bear encounters, there are several areas where people should take precautions — to protect themselves as well as the bears. Those areas are Haoe Lead Trail TR53, Stratton Bald Trail TR54, Hangover Lead Trail TR56, and Hangover Trail TR56A.

Now, about those bears. Of the three bear species in North America, black bears are the most abundant and widely distributed, according to the Forest Service.

Black bears, which live between 15 and 25 years, range from 100 pounds to 600 pounds — depending on their age, sex, and the season, according to the National Park Service. They are about 3 feet tall at the shoulder, but when standing upright, they are between 5 and 7 feet tall.

Fun Fact: “Despite their name, black bears can be black, cinnamon, blonde, blue/gray, or even white,” the National Park Service explains.

Be Safe In Bear Country

“Bears remember and recognize familiar food sources like favorite berry patches, decaying logs swarming with delectable insects, and streams and rivers teeming with fish that provide much needed fat and protein,” the Forest Service explains. “But bears also remember that human packs, campsites, and dwellings offer tempting options. While bears are attracted to any edible food, they also might try to feast on items we might not consider edible, such as toothpaste, shampoo, lotion, soap, cooking utensils, empty cans, wrappers, coolers, and pet food.”

When in bear country, visitors should not store food in tents. Instead, food — as well as scented items like toothpaste — should be properly stored in a bear-proof container. In addition to never leaving food unattended, visitors should clean up food or garbage around the campsite.

OK, but what if you see a bear? If a bear approaches, the Forest Service explains that you should move away slowly — but do not run. It also is helpful to make loud noises, such as shouting or banging pans together, to try to scare the bear away.

“If you are attacked by a black bear, try to fight back using any object available,” the Forest Service explains. “Act aggressively and intimidate the bear by yelling and waving your arms. Playing dead is not appropriate.”

Best Fashion In 2022
We use cookies on our website to give you the most relevant experience by remembering your preferences and repeat visits. By clicking “Accept All”, you consent to the use of ALL the cookies. However, you may visit "Cookie Settings" to provide a controlled consent.
Cookie SettingsAccept All
Manage consent