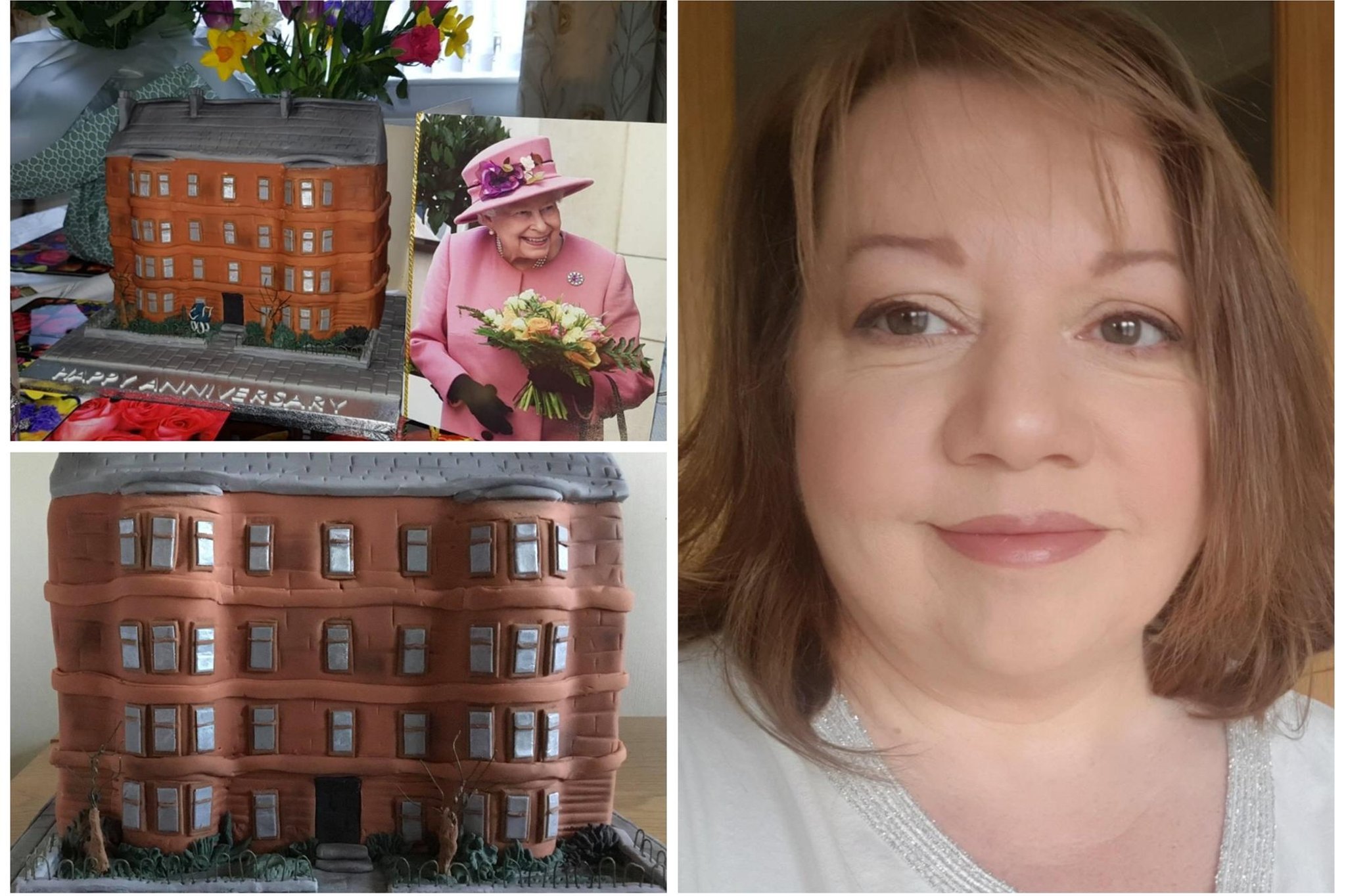 267
SHARES
ShareTweetMail
A couple’s first marital home has been recreated to celebrate their 60th wedding anniversary.

Their first home together as a married couple, a traditional tenement at 56 West End Park Street in Glasgow, has been faithfully recreated in gateau form by cake decorating enthusiast Jeanette Murray.

Ms Murray, who lives in the Robroyston area of Glasgow, was approached by the partner of one of her best friends ahead of his parents’ diamond wedding celebrations in February to bake the special anniversary present.

She says the couple, who did not wish to be named, lived in tenements as children and always spoke very fondly of these types of dwellings. Suffice to say, they were very grateful to receive the cake.

The special tenement cake takes pride of place next to the couple’s 60th anniversary card from the Queen.

“I received a lovely letter from them to say how much they loved it and how unique it was,” says Ms Murray, 56.

In pictures: The Gorbals then and now

Ms Murray says she started baking and decorating cakes about 30 years ago following a stint at a local pottery class, where she had an epiphany.

She said: “Instead of using a potter’s wheel, we were just spreading clay out, flattening it and making different shapes. I thought to myself, ‘hang on, I could probably do this kind of thing with icing’.

“Making the anniversary cake took around two weeks off and on. It was very time consuming cutting out all the little bits and pieces.

“They are quite expensive to make, around £50, and that’s minus your own labour. This one is a rich fruit cake, which is a lot more robust and long lasting than a sponge cake, but also a bit more expensive for the ingredients.

“This is probably the most challenging cake I’ve done, along with a Harry Potter train I did for someone’s birthday before lockdown.”

Taking pride of place next to their card from Her Majesty, The Queen, the couple’s four-storey cake is accurate down to the smallest architectural details from the original building.

A four-storey tenement at West End Park Street in Glasgow has been reimagined in cake form.

Ms Murray even spent considerable time and effort mixing the precise hue of red that would adequately match the sandstone encasing the real-life Victorian pile.

“I did a little paper template, tried to work out where all the windows were going,” explained Ms Murray. “It wasn’t too complex, but certainly a wee bit more difficult than just making a normal cake.

“I got a little bit of lump red sandstone from somewhere – not from the actual building – just so I could match up the correct colour. Basically it’s just a case of mixing all these colours together till you get something that’s close.

“It’s a lot of hard work because it’s a lot of mixing, it’s quite physical. They do take a lot of icing these cakes and they are very heavy.”

Following the couple’s wedding anniversary, Jeanette Murray posted photos of her tenement cake on the Dear Old Glasgow Facebook group. One post went viral, garnering more than 6,000 likes – certainly the icing on the cake for the avid baker.

Ms Murray added: “The reception I got was incredible, I couldn’t believe it. I expected a few folk to say it was good, but I didn’t expect to get thousands and thousands of likes.”

A message from the Editor:

Thank you for reading this article. We’re more reliant on your support than ever as the shift in consumer habits brought about by coronavirus impacts our advertisers.

Business Today
We use cookies on our website to give you the most relevant experience by remembering your preferences and repeat visits. By clicking “Accept All”, you consent to the use of ALL the cookies. However, you may visit "Cookie Settings" to provide a controlled consent.
Cookie SettingsAccept All
Manage consent