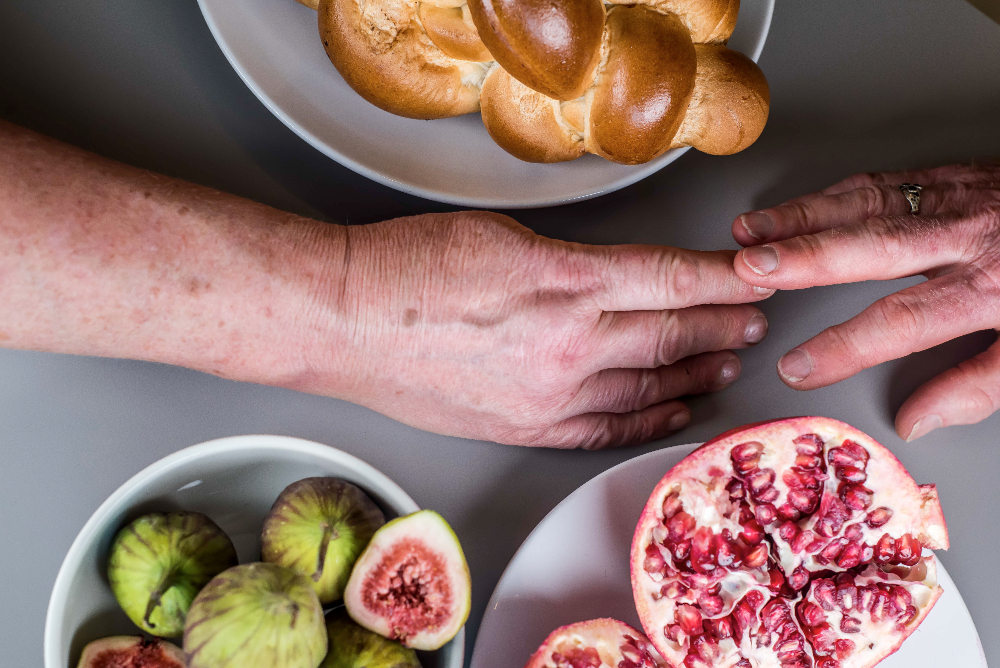 With less than three weeks to go until its reopening on Friday 2 July – Manchester Jewish Museum is delighted to reveal an exclusive “first look” at its brand new museum café and launch menu. Located front and centre of the Museum’s new entrance, overlooking Cheetham Hill, Manchester’s most diverse neighbourhood, the museum cafe will open daily from 10am seven days a week to serve a contemporary vegetarian kosher-style* menu.

With food being at the heart of the Jewish home and Jewish culture, Manchester Jewish Museum’s café will offer a welcoming home-from-home atmosphere serving a nourishing, comforting menu. Visitors to the café will experience first-hand the tasty delights of a Jewish diet whilst learning about the history and traditions of Jewish food.

The majority of the food will be prepared on site using kosher, vegetarian and largely locally sourced whole-food ingredients, though will not be prepared under Beth Din supervision. All the food served is suitable for vegetarians and there will also be a range of kosher pre-packaged snacks available. The café will offer a seasonal menu including seasonal ‘specials’ surrounding Jewish Festivals such as Chanukah and Shavuot. Future seasonal menus will be updated to showcase a variety of dishes originating from other Jewish communities across the world.

From Friday 2 July, the museum’s cafe will offer the following menu, inspired by Ashkenazi and Sephardi style recipes (the latter giving a nod to the Spanish and Portuguese roots of the museum’s Grade II* listed synagogue).

Vegetarian cholent served with challah bread. Cholent is traditionally a meat stew cooked slowly over a long period of time and served for a midday Sabbath Meal on Saturdays. It is Ashkenazi, and will be accompanied with Challah bread – traditional bread to eat over the Sabbath.

Falafel, served with homemade hummus. Accompanied by tahini sauce, zhug, chopped salad, seasonal salad leaves and a pickled chilli pepper served in a pitta or as a mezze with an additional salad option replacing the pitta. Inspired by street food eaten in Israel and enjoyed by people from many cultures.

In addition to the above menu, the museum will also serve a variety of cakes, bakes and fresh fruit throughout the day. Accompanying the café is the new Learning Kitchen where schools and community groups can cook, bake and explore Jewish food culture together. The museum’s programme will also include events and activities that celebrate food and its role in Jewish culture starting with its Eat the Archives programme of events this summer.

Developed over two years by ‘theatre-chef’ in residence Leo Burtin, ‘Eat the Archives’ explores how food can help bring the museum’s collection to life through taste and sharing stories. On Wednesday 23rd June Eat the Archives: Live will take place in the museum’s Learning Kitchen. Participants will enjoy a three-course meal served with a side of stories from the museum’s collection. Throughout July Greater Manchester residents will be able to book Eat the Archives: at Home where Leo and museum’s Creative Producer, Dr Laura Seddon, will help you host the event in your own home, serving guests a three-course meal as they explore Manchester’s rich Jewish history.

Manchester Jewish Museum reopens on Friday 2 July following its £6m capital development redesign and extension, funded in part by a £3m grant from The National Lottery Heritage Fund. In addition to its brand new cafe, designed by Keith Winton Design Limited, and learning kitchen and studio, the new museum features a gallery, collection store and shop as well as the stunning restoration of its 1874 Spanish and Portuguese synagogue. The brand new museum has been designed by Citizens Design Bureau, led by Founder and Director Katy Marks.

Tickets are now on sale to visit the new Manchester Jewish Museum which is also opening with a world premiere of Turner Prize-winning artist Laure Prouvost’s new installation The long waited, weighted gathering as part of this year’s Manchester International Festival. www.manchesterjewishmuseum.com

Manchester Jewish Museum will open seven days a week to the public from Friday 2nd July. The cafe is open from 10am – 4pm daily, and will be open later on Thursdays when the museum is open for its Lates programme of events from the autumn.

Best Fashion Schools In The World
We use cookies on our website to give you the most relevant experience by remembering your preferences and repeat visits. By clicking “Accept All”, you consent to the use of ALL the cookies. However, you may visit "Cookie Settings" to provide a controlled consent.
Cookie SettingsAccept All
Manage consent