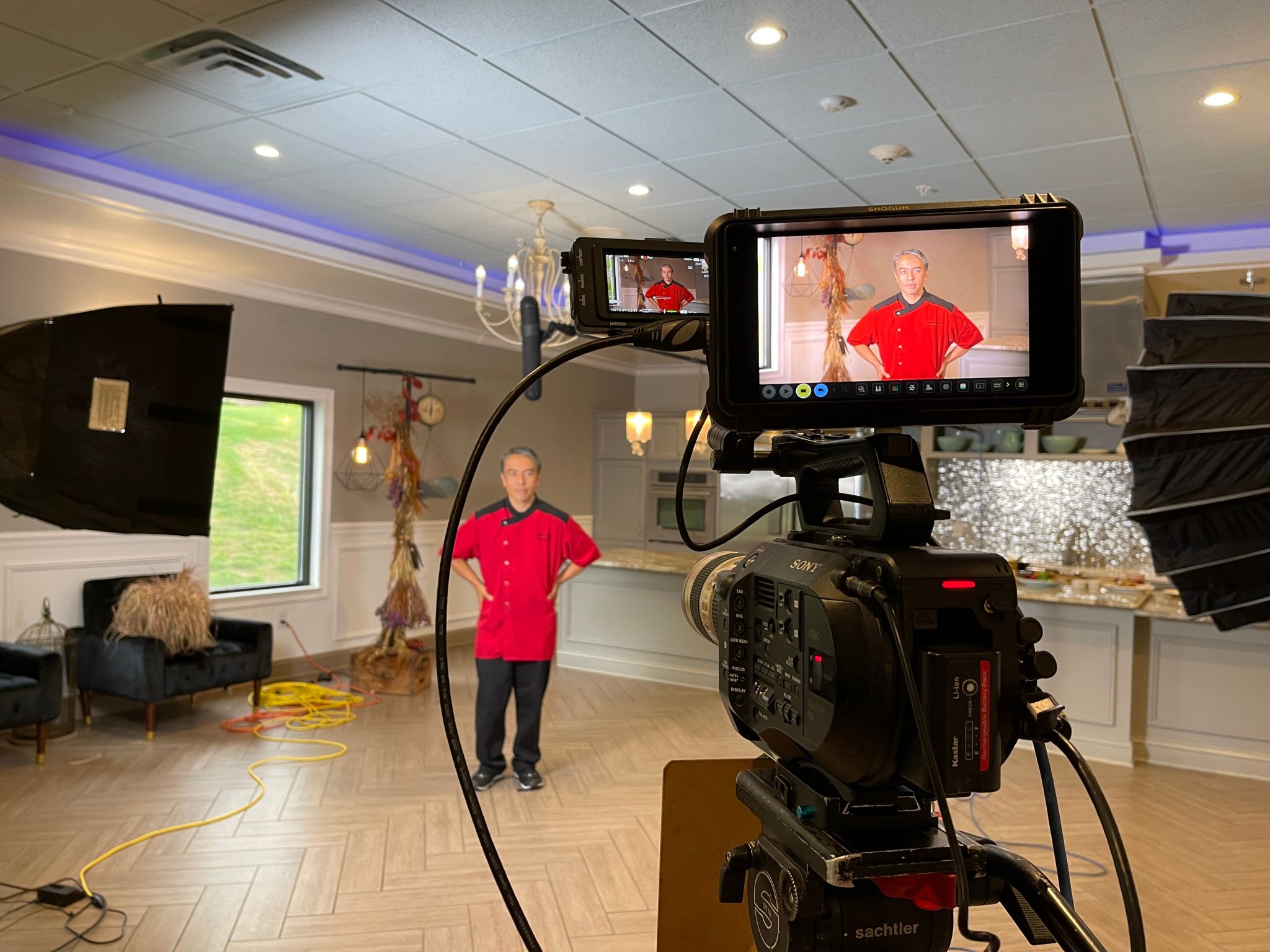 With COVID-19 numbers steadily increasing as summer turns to fall, local nonprofits are once again in a quagmire. Making plans for fundraising events, an organizational pillar that keeps local charities afloat, has been difficult when health and safety protocols change weekly. That struggle is even more complicated when those fundraisers are focused on food and drink.

“The critical factor is the mask,” said Marcus Pryor, president of the Albany Chefs’ Food & Wine Festival board of directors. Most events are able to operate under current COVID-19 safety protocols when the use of a mask is in effect, but when food and wine are the central point of an event, masking is a near-impossible mandate to uphold. The annual event commonly known as Wine & Dine for the Arts, which raises money for arts organizations in the region, is a premier food-related fundraising event in Albany. It brought in $140,000 at the January 2020 festival. Besides a sit-down dinner on the Saturday evening of the weekend-long festival, most events and tastings involve people moving between beverage and food stations and mingling with other attendees while eating.

The 2021 festival was put on pause while other options were explored, Pryor said. “We are an important part of the community and we can’t just go away,” he said, and the festival team transitioned to an online event in April called Wine & Dine and Cook! that offered a basket of ingredients and an online cooking class. The initial plan was to host a series of online events in that format over the spring and summer months, but as summer approached, people were eager to meet in person.

“At this time last year, we thought this would be a simple matter of (the pandemic) being over,” Pryor said. “We are currently hearing that people want to do in-person events, but there is an increasing drumbeat of people withdrawing from that position.”

The willingness of sponsors to be flexible in event formats was critical to the success of any Wine & Dine event. “If your decisions are driven solely by how your sponsor is willing to work with you, you are sort of hamstrung,” Pryor said. The fact that sponsors were amenable to the change from an in-person to a virtual event made hosting any sort of event and generating fundraising revenue possible.

At the Regional Food Bank of Northeastern New York, events like golf outings, which are naturally socially distanced, are still in-person, but hallmark food-focused fundraising events remain virtual. In March, the 2021 timesunion.com/Table Hopping Mac-n-Cheese Bowl, created by the Times Union’s Table Hopping blog as a fundraiser for the Regional Food Bank, was a virtual event for which ticket holders picked up their assortment of macaroni and cheese dishes prepared by local restaurants in a drive-thru format to enjoy at home. The event sold 500 tickets, considered a sellout for the year, but pre-pandemic Mac-n-Cheese Bowls typically drew 2,000 or more attendees.

“The community knows about the event and starts asking about it in the fall,” said Joslyn McArdle, special events coordinator for the Regional Food Bank. Patron demand dictated that the event not be canceled altogether for a second year, she said. The same is true for the upcoming Chefs and Vintners’ Harvest Dinner, scheduled for Sept. 23.

“Last year, we made the decision to go virtual. It’s our 27th year, and the community has come to look forward to it,” McArdle said. The decision to remain virtual for 2021 was based on the successful feedback from supporters last year. Where in-person events typically host 375 attendees, 2020’s virtual event sold 200 meal baskets, feeding two people each. The format will be the same later this month, with patrons receiving a link to watch videos featuring chefs who prepared each course and other local notables who have long supported the cause.

A survey after the first virtual harvest dinner offered positive assurance of the event’s success.

“Last year, people said they loved the ability to gather with friends and family in a safe and private setting,” McArdle said. “Some said it was the best event they took part in. It is wonderful to hear from people like that.” While a return to normalcy is hoped for, McArdle said that events are planned six to eight months in advance, and if attendees indicate they prefer virtual events, decisions will be made with that in mind.

The ability to make an event lively and memorable, regardless of the format, is a consideration for Bob Wolfgang, who assists with fundraising initiatives for Camp Bravehearts, a respite program for women with cancer. Trivia nights, jukebox bingo and a beer-and-doughnut tasting were all part of the program’s pandemic-era virtual programming.

“We concentrated on creating an event that would be fun, and generate questions online,” Wolfgang said of the tasting event held in March. “People were looking to do something, and that’s why it was popular.” Wolfgang said it was easier to host programs online — even those with food, which are better accommodated in an in-person format — in the colder months, as people were hesitant to gather in tight indoor spaces and were looking for fun at-home activities. Wolfgang and his fundraising committee sold nearly 100 tickets at $50 each, which included four doughnuts, four beers and a live online program to guide people through the tasting.

Wolfgang said the biggest determining factor for switching back to in-person events would be the comfort level of the prospective attendees. “We have discussed doing it in person, and I have no doubt if we were to host one in person, we would have the same level of success because it’s a fun and engaging event people want to attend,” he said.

Maria Trabka said that hosting a virtual event for Saratoga PLAN’s annual Feast of the Fields was never a consideration.

“I have a little trouble picturing it,” said Trabka, the organization’s executive director. She called the event off for 2020. “There was so much uncertainty that we didn’t feel we could plan an event,” she said. This year, Feast of the Fields will be held Sept. 18 at Old Tavern Winery in Stillwater, which provides a large indoor area for inclement weather and the hybrid option of allowing ticket holders to take their picnic baskets, featuring six courses, to go instead of enjoying them on the farm property.

What: Regional Food Bank of Northeastern New York Chefs and Vintners’ Harvest Dinner
When: Sept. 23
Details: Virtual, with six-course meal boxes to be picked up at Regional Food Bank’s Latham headquarters from 4 to 6 p.m. on the day of the event.
Tickets: $175; includes food and wine for two people
Info: regionalfoodbank.net/event/annualdinner

One shift into the digital realm comes via silent auction. Switching to an online silent auction came at the request of attendees and supporters, and it allows more time to browse items before the event and place bids at leisure. “We don’t have to scramble at the end of the evening, and everything is more automated,” Trabka said.

Likewise, the decision to keep a hybrid event format or go back to a fully in-person event next year will come at the request of supporters. “We debrief after the event and gather feedback from attendees. Some people might prefer this model,” Trabka said.

Pryor and Trabka made one important distinction with regard to the ability to host events in the future: the success and survival of restaurants. “We have to look at restaurants. That’s a different thing to wrap our head around. In January, will they even exist?” Pryor said.

“One of the most difficult things this year is how much stress the restaurants are under this year and the lack of labor,” Trabka said. This year’s Feast of the Fields event includes seven restaurants, where past Feasts of the Fields have included as many as 12.

Pryor said that as more demand for in-person events occurs, the Wine & Dine board may consider a vaccination requirement for all attendees.

“But how does hosting an event impact the unvaccinated (at home)?” he asked, wondering about the possibility of hosting a truly safe event in the midst of a years-long pandemic. McArdle said any decision to require vaccines would be made by Regional Food Bank’s executive director, based on state mandates and guidance. Trabka noted that requiring vaccines is just one factor of many that seem to change by the day.

“There are a lot of unknowns,” Trabka said, adding that plans for food-focused fundraising events are likely to change and shift right up until an event begins.

Deanna Fox is a food and agriculture journalist. Her newsletter is available at foxonfood.com. She can be found on Instagram and Twitter, @deannanfox.

Best Automotive In 2022
We use cookies on our website to give you the most relevant experience by remembering your preferences and repeat visits. By clicking “Accept All”, you consent to the use of ALL the cookies. However, you may visit "Cookie Settings" to provide a controlled consent.
Cookie SettingsAccept All
Manage consent