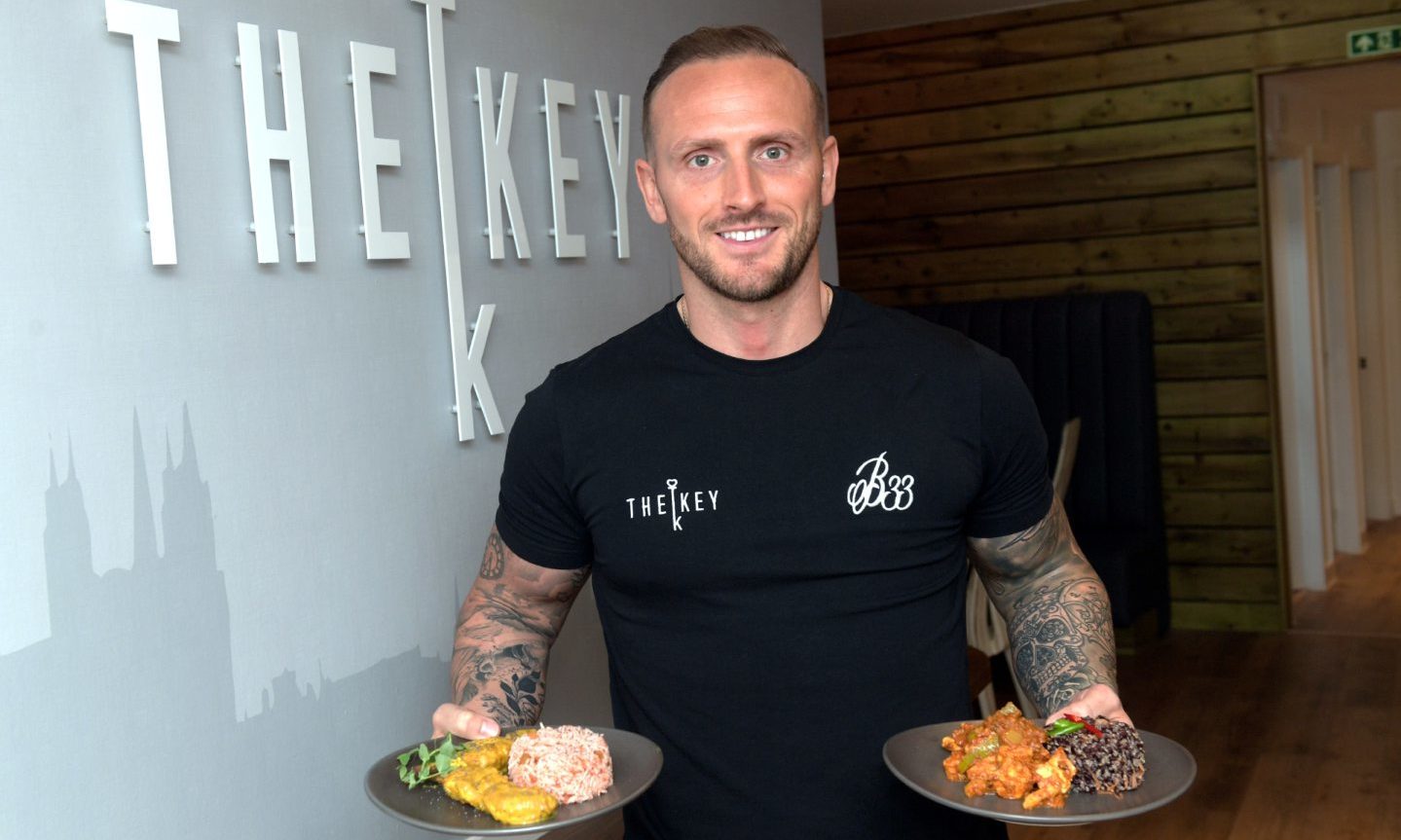 With tougher restrictions being implemented on television and online junk food advertisements across the UK in a bid to tackle obesity, Karla Sinclair weighs out the pros and cons of another potential change – mandatory calorie counts on menus.

Part of the Queen’s Speech, held last month when she officially reopened parliament, was dedicated to fighting weight gain and promoting the health and wellbeing of the country.

New measures set to be brought in include banning television adverts that promote unhealthy foods before 9pm and restricting promotions for junk food that have high fat, salt and sugar content in retailers from April next year.

Not only that, another controversial move being implemented in the future involves restaurants, pubs and cafes having to include calorie counts for the food they serve on their menus.

But what exactly do figures in the Scottish food and drink scene think of this?

Healthy food cafe, The Key, which is situated on Regent Quay in Aberdeen and has recently opened a premises in Westhill, Aberdeenshire, has displayed nutritional information on its menus since its inception in July 2020.

“I think people are getting more aware of what they are eating and paying closer attention to calories and more importantly macros,” Jonny added.

“I personally think this is great as it is something that I have done for a long time, and it is a great education tool for simple things like rough portion sizes when cooking at home and how much food you actually need to function on a day-to-day basis.

“At The Key, we promote healthy macro-balanced meals but we do not reduce the flavour. I think it is important that people who don’t necessarily care about their macros can come into The Key and have good, tasty food and not know that we have worked hard to reduce the calories.

“Whilst I think it is important for people to be aware of what they are eating, I think that making food enjoyable and tasty is the only way to make eating healthier sustainable.”

And Jonny says if people are made aware, or more understanding of what they are eating, then more people will be inclined to eat healthier, providing the information about each dish is easy to consume.

He added: “The main benefits to me are just making people aware of what they are eating. There are so many diets and misleading information, so I think having simple and clear information is really important and then people can use this however they want to.

“Our goal and slogan is ‘unlocking a healthier lifestyle’ and I think having easily accessible information gives customers the tools they need to make decisions on what they eat.

“We have had great initial feedback and sales for our prep meals for both adults and kids, which shows me that family health and nutrition is becoming much bigger and people are more aware of the importance of healthy food for children.

I think if people aren’t really bothered about this information, they don’t read it.”

Jonny Smith of The Key

“We don’t go over the top with nutritional information. We are aware that not everyone is really interested in this, but for the people that are, it is a great tool for keeping on track with any diets, food plans etc.

“But the more the word spreads about healthier eating, the more people will just come in to eat any of our meals and know that it isn’t going to be a heavy high-calorie meal.”

The number of proteins, fats and carbohydrates in an item are stated on the menus at The Key.

Jonny believes that more venues should be introducing this information as it benefits customers.

He said: “I think if people aren’t really bothered about this information, they don’t read it, but for the people who do care, it is great to know.

“Fitness, health and overall wellness are so important and people are more aware of this now, so I think it is important people know what they are eating.

“Everyone is entitled to their opinion and I don’t think there is a right or wrong answer on this subject but for people who want this information, I personally think they should be given it.

“I actually think it would encourage people who are on eating plans or diets to eat out more and make it easier for them.

“Mental health is equally as important as physical health, eating out and socialising are so important for both. Having this information readily available could make this easier for some customers.”

Following in The Key’s footsteps is certainly something fellow Aberdeen cafe owner Nicholas Robertson would consider. However, he says adding calorie counts to menus may come with challenges.

Nicholas, who runs The Tasty Thistle with his partner Sarah Smith, said: “I feel that this could benefit people who have specific nutritional goals, whether they’re aiming to lose weight, build muscle, eat for endurance or just follow a stricter diet like Keto.

“But I can also see a side that could lead people to focus too much on the values and not just the enjoyment of the food and experience itself.

“Some people also may not understand the information properly, such as understanding healthy and unhealthy fats, leading them to make choices based on incorrect information.

“Personally, I believe every venue should consider their demographic and decide whether it is something that would work for them specifically. It could have a negative impact on some venues that perhaps serve mostly high-calorie products.”

Food is more than calories

Paul Patterson, restaurant manager of Montgomerie Restaurant, at Inverurie’s Golf Club in Aberdeenshire, understands the appeal, but is cautious about what it could mean for those living with eating disorders.

“However, one of the unintentional negative impacts of counts and nutritional information in menus is that it would be at the mental and physical detriment of those suffering from eating disorders.

“In particular, calorie counts can promote food being seen as a ‘reward’ that is ‘earned’. Even for those of us who are fortunate enough to not suffer from an eating disorder, eating out should be an enjoyable experience, not one controlled by anxiety around eating.

“I certainly think that more cafes, pubs and restaurants should offer a menu and/or information pack with the calorie count and nutritional information for those customers who wish to see it.

“But I don’t think it should be a requirement for businesses.”

“Takes some joy out of cooking”

As for James Boyd, owner and chef at No.98 in Kinross, he believes it would cause more hassle than it’s worth in the day-to-day running of his business.

James said: “I think it should always be up to the businesses themselves to decide what is best for them. We probably wouldn’t add calories to our menu at No.98.

Calorie counts can promote food being seen as a ‘reward’ that is ‘earned’.”

“The main reasons why include that it may affect how we do daily specials and what we offer as it’s a lot to calculate for every dish – although I think some customers might appreciate it.

“It makes more paperwork for us and takes some of the joy out of cooking. If someone was on a diet, they can just keep track of the calories for the meal themselves.

“Also, a lot of our suppliers are small local businesses to whom we would have to pass some work of calculating calories, which would probably increase prices.”

For more food and drink news…

Business Casual
We use cookies on our website to give you the most relevant experience by remembering your preferences and repeat visits. By clicking “Accept All”, you consent to the use of ALL the cookies. However, you may visit "Cookie Settings" to provide a controlled consent.
Cookie SettingsAccept All
Manage consent