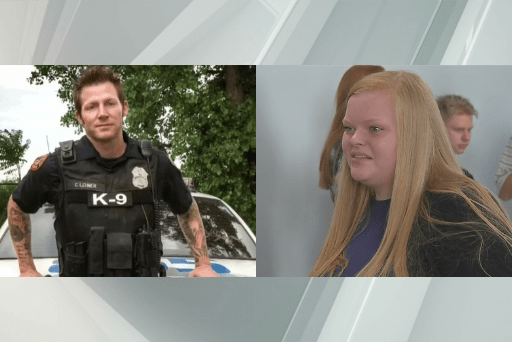 BUFFALO, N.Y. (WIVB)– Jordan Waterbury always knew she wanted to give back to her community.

“Six years ago I didn’t even want to graduate high school, I wanted to drop out and here I am. I’m off to becoming a juvenile probations officer I eventually hope to change the world.”

Waterbury says she dealt with bullying growing up, even having to switch schools as a result. She’s now hoping to use her experience to help others through the criminal justice field.

She’s now getting some help to achieve her goal. On Monday, the Buffalo Police Department awarded Waterbury 15-hundred dollars through the Craig Lehner Scholarship. The fund was first established by Lieutenant Lehner’s loved ones just months after he drowned during a training dive in the Niagara River in 2017.

“To receive something that’s in honor of somebody that’s so important to Buffalo. I know so many people that had known Craig,” Waterbury said.

In order to be chosen for the scholarship, candidates must have high academic achievements and wish to pursue law enforcement or criminal justice degree.

“We work with thousands of children a year, pretty much seven days a week, and we run into a lot of youth where community policing is so important. They’re building those relationships with officers, and a lot of them are choosing a career in law enforcement,” said Nekia Kemp, executive director of the Buffalo Police Athletic League.

The scholarship committee is hoping to expand this program thanks to donations – including from local food blog ‘Food Warz 716,’ who board members announced will be giving 12-hundred dollars annually toward the fund.

” Craig was – if you knew him as a person – he would just propel you forward in life as a human so we’re trying to keep that legacy alive and pass it along to future generations,” said Andre Samoel board member of the Craig Lehner scholarship fund.

Marlee Tuskes is a reporter who has been part of the News 4 team since 2019. See more of her work here.

Health Trends
We use cookies on our website to give you the most relevant experience by remembering your preferences and repeat visits. By clicking “Accept All”, you consent to the use of ALL the cookies. However, you may visit "Cookie Settings" to provide a controlled consent.
Cookie SettingsAccept All
Manage consent