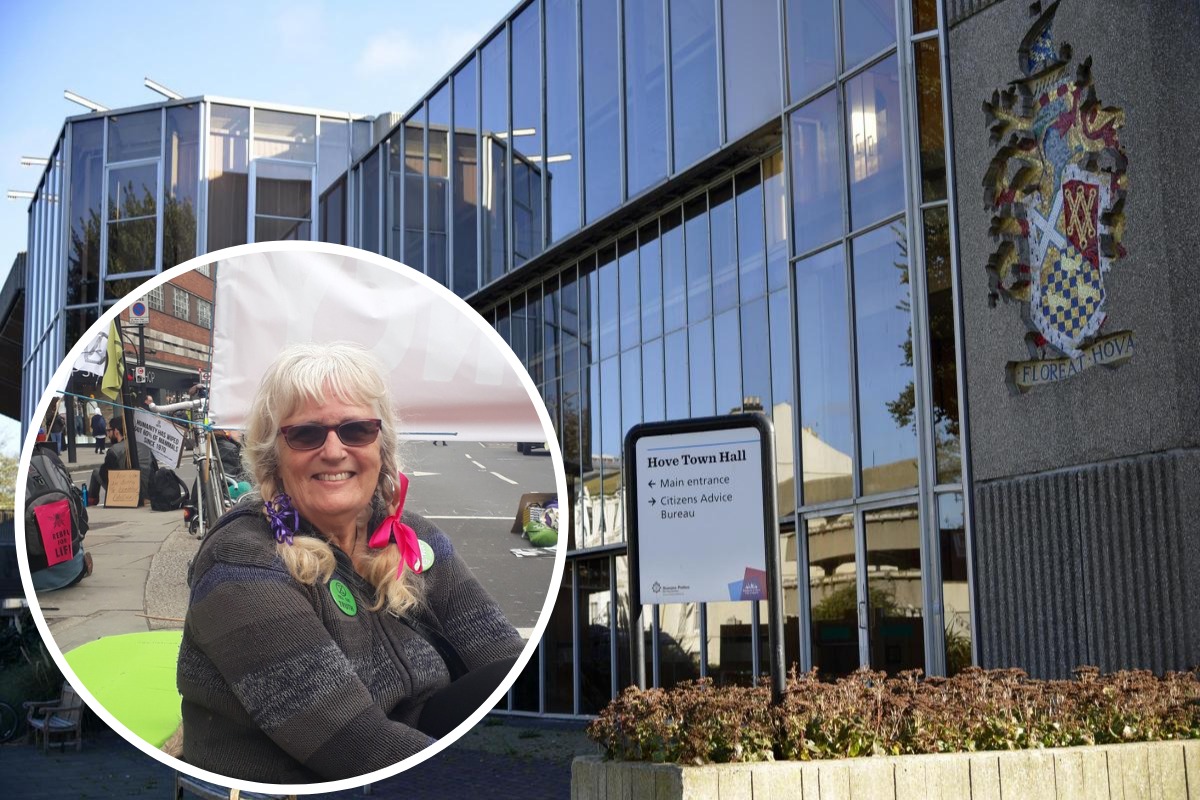 SCHOOLS and the council offer a racist menu because it includes dairy food when an “estimated 65 per cent of the world’s population are lactose intolerant”, according to an Extinction Rebellion campaigner.

The claim was made by Alison Plaumer, who led a deputation to a Brighton and Hove City Council meeting and is co-presenting a petition to councillors next week.

Ms Plaumer and a fellow climate change campaigner Anna Cole are calling on the council to drop meat from the menu at council events.

And they want schools to serve only food derived from plants on at least two days a week.

Their petition – signed by more than 300 people – is due to be considered by the council’s Children, Young People and Skills Committee next Monday (14 June).

In their supporting evidence, they said: “It is estimated 65 per cent of the world’s population are lactose intolerant, the majority of whom are of BAME (black, Asian and minority ethnic) descent.

“As such, there is an inherent racism to have national food standards that, if followed, would make the majority of people of colour ill.

When Ms Plaumer spoke at the full council meeting in March, Green councillor Elaine Hills said: “Plant-based food certainly has a much lower carbon footprint than a conventional diet. I agree it is something we should focus on to meet our carbon neutrality goals.

“The Green group has for a long-time campaigned for healthier and more environmentally friendly options being made available to support the health of pupils and the planet.”

She said that schools across Brighton and Hove currently have two meat-free days every three weeks.

The Children, Young People and Skills Committee is due to meet at 4pm next Monday (14 June). The meeting is scheduled to be webcast on the council’s website.

Techon Days
We use cookies on our website to give you the most relevant experience by remembering your preferences and repeat visits. By clicking “Accept All”, you consent to the use of ALL the cookies. However, you may visit "Cookie Settings" to provide a controlled consent.
Cookie SettingsAccept All
Manage consent