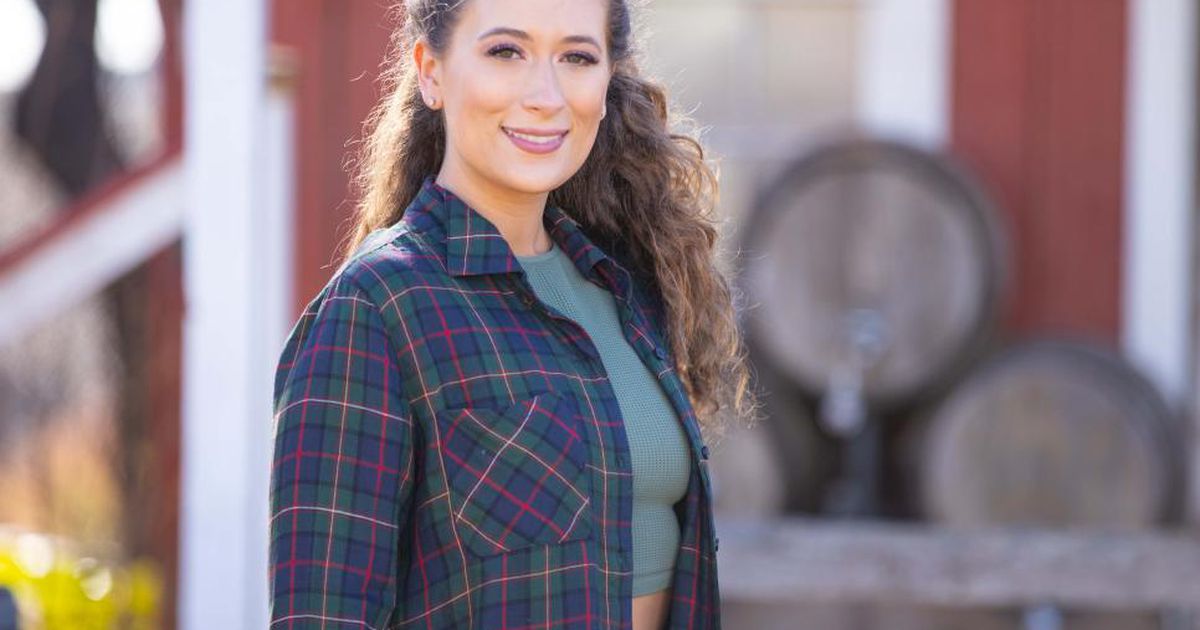 Jobs: Private chef work with celebrity clients and marketing for meat and grilling brands. She is also a pastry chef.

Barbecue roots: Her dad bought her a Big Green Egg at the tender age of ten.

Her style: “I’m a technique fanatic. I started a barbecue notebook as a child. I’d write what I was making and experiment. I’d cook something at a particular temperature for a particular length of time.” On the show, she said she is adventurous and “Southern at heart.” During the first challenge, she tells the judges: “We bring the heat in my kitchen.”

Her relative youth in the competition: “I almost felt like it gave me an advantage. When you’ve been in the industry forever, you get very set in your ways. I’m open to try different things and not follow the rules.”

Signature look: Her big curly hair. “In the backyard, it’s always a million degrees and it’s at least 20 degrees warmer under my curls.” But she said if she cut her hair, “I’d look like Shirley Temple. The running joke is anybody can find me at a barbecue because of my hair.”

Signature dish: “I do a smoked wood grain pasta.”

>>RELATED: Carroll teaches our food editor Ligaya Figueras, how to barbecue with a Big Green Egg

Previous reality show experience: Lost “Guys’ Grocery Games.” “I tried to be too cheffy,” she said. “I tried to cook like I was at home.”

Down the road: She has teamed up with another female contestant, Erica Blaire, on the show to compete in barbecue contests.

Rodney Ho writes about entertainment for The Atlanta Journal-Constitution including TV, radio, film, comedy and all things in between. A native New Yorker, he has covered education at The Virginian-Pilot, small business for The Wall Street Journal and a host of beats at the AJC over 20-plus years. He loves tennis, pop culture & seeing live events.

Start A Business For Beginners
We use cookies on our website to give you the most relevant experience by remembering your preferences and repeat visits. By clicking “Accept All”, you consent to the use of ALL the cookies. However, you may visit "Cookie Settings" to provide a controlled consent.
Cookie SettingsAccept All
Manage consent