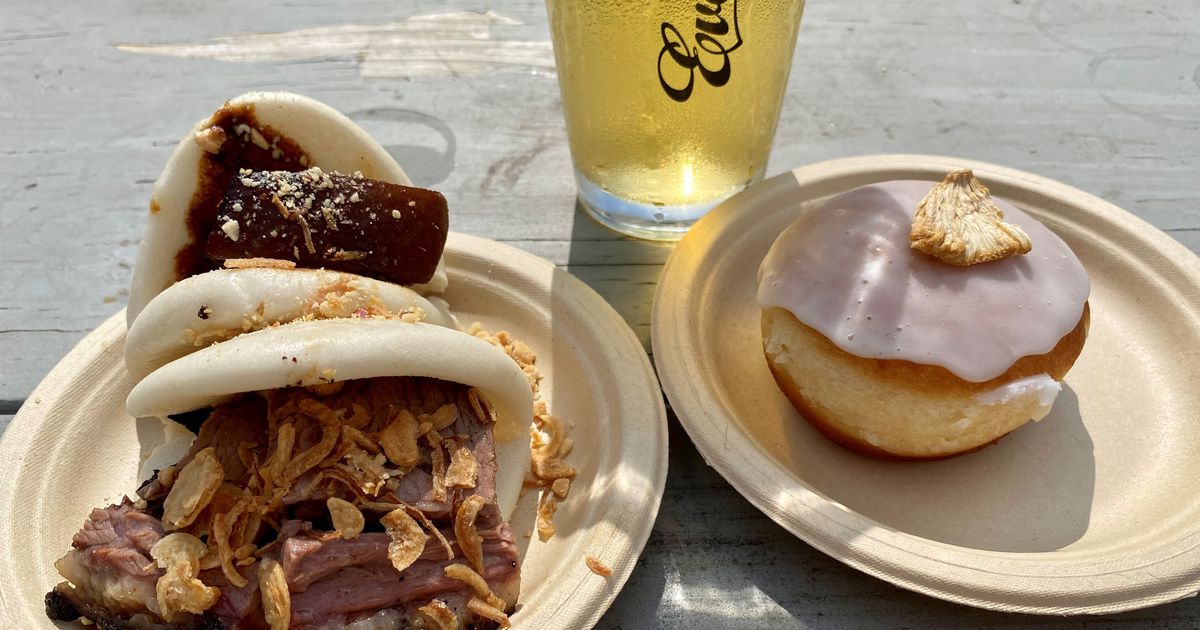 Fu-Mao Sun is the chef-owner of Mighty Hans, an Atlanta popup that serves Taiwanese and Chinese food.
Wendell Brock for The Atlanta Journal-Constitution

As a kid, Sun felt a mysterious tingle at the sight of the fire and the wok. So, at 31, he enrolled at the Institute of Culinary Education. Every day, after leaving the office, he’d go to class. To gain experience, he volunteered in the kitchen of the James Beard Foundation. After completing his culinary training, he landed a yearlong externship with the prestigious Gramercy Tavern, pulling brunch shifts while still holding down the corporate job.

Once he got the offer at celebrity chef Daniel Humm’s NoMad, he left Gramercy Tavern on a Friday — and clocked in at the fancy hotel restaurant the following Monday. Life was good.

Today, four years after moving to Atlanta, Sun works as a salesman at his dad’s business, which imports Asian sauces and sells them to distributors. Like that corporate job back in New York, it’s been a grind. Only now, he has a wife and two small children to support.

Still, he never has stopped loving the fire. He built a barbecue pit in the backyard of his Atlanta home, and once had a pig pull that fed 70 people. When he discovered you could rent a professional kitchen and stage a pop-up, he found a way back to his happy place, by cooking Taiwanese.

Explore3 Atlanta pop-ups to put on your calendar 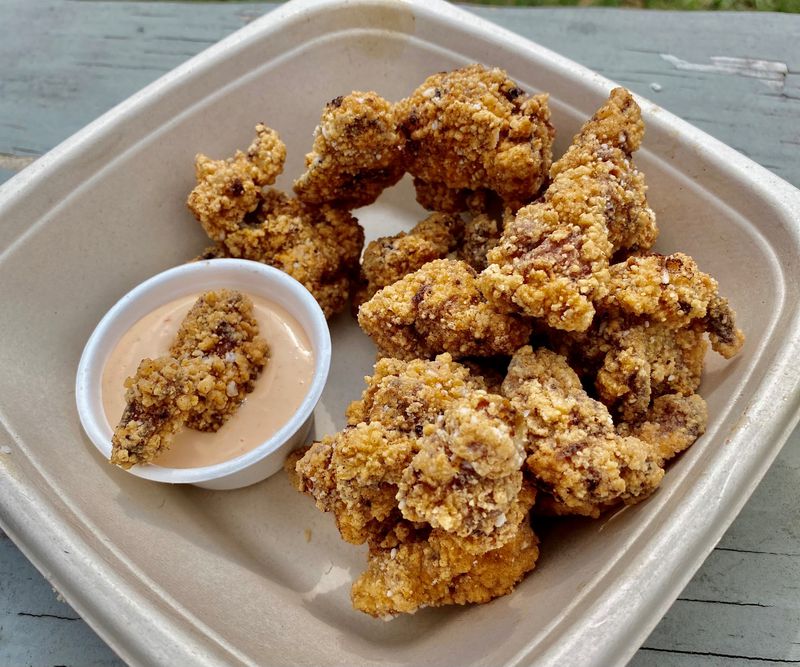 I met Sun on a Saturday afternoon outside Eventide Brewing in Grant Park. Under a red tent borrowed from a friend, in a T-shirt that said, “I’m from here,” he was frying Taiwanese popcorn chicken and filling warm fluffy bao buns with his smoked brisket and pork belly. He also hawked pineapple-glazed doughnuts filled with pineapple custard, his version of the Taiwanese pastry feng li su.

After serving multi-course Taiwanese dinners at the Learning Kitchen and Chow Club, and having his momentum interrupted by the pandemic, Sun now is a pop-up warrior who goes by the name Mighty Hans, which makes reference to the Han people of China and a song he loved as a teen, “Mighty Healthy,” by rapper Ghostface Killah.

Sun’s paternal grandparents fled China on the cusp of Mao’s Communist revolution, settling in Korea, where his dad was born. His mom’s family left China for Taiwan. His parents met as students at Queens College in New York.

Before heading South, Sun and his wife lived exclusively in the Northeast. They found Atlanta to be “slower, but in a good way.”

As a chef, he’s been gratified by the reception to dishes like pork belly over rice with soy-sauce egg and pickles. He’s especially proud that the Taiwanese- and Chinese-American communities have been so enthusiastic.

“This is the type of food that they ate when they were kids, and when they went to Taiwan as kids,” said Sun, who plans to continue offering multi-course, supper club-style dinners, too. “It’s something that’s very near and dear to their hearts.”

He hopes his authentic breakfast will strike a nostalgic chord with his Asian followers. “They are just yearning for it,” he said.

Sun’s life has taken many twists and turns, some good, some bad. It couldn’t have been easy to leave Manhattan, just as he was on a path to being promoted to sous chef. But, seeing people light up over the food his family brought from Taiwan makes him beam once again.

Wendell Brock is a James Beard Award-winning food and culture writer. He was an AJC staff writer, editor, and critic from 1982-2009.

Gun Law News
We use cookies on our website to give you the most relevant experience by remembering your preferences and repeat visits. By clicking “Accept All”, you consent to the use of ALL the cookies. However, you may visit "Cookie Settings" to provide a controlled consent.
Cookie SettingsAccept All
Manage consent