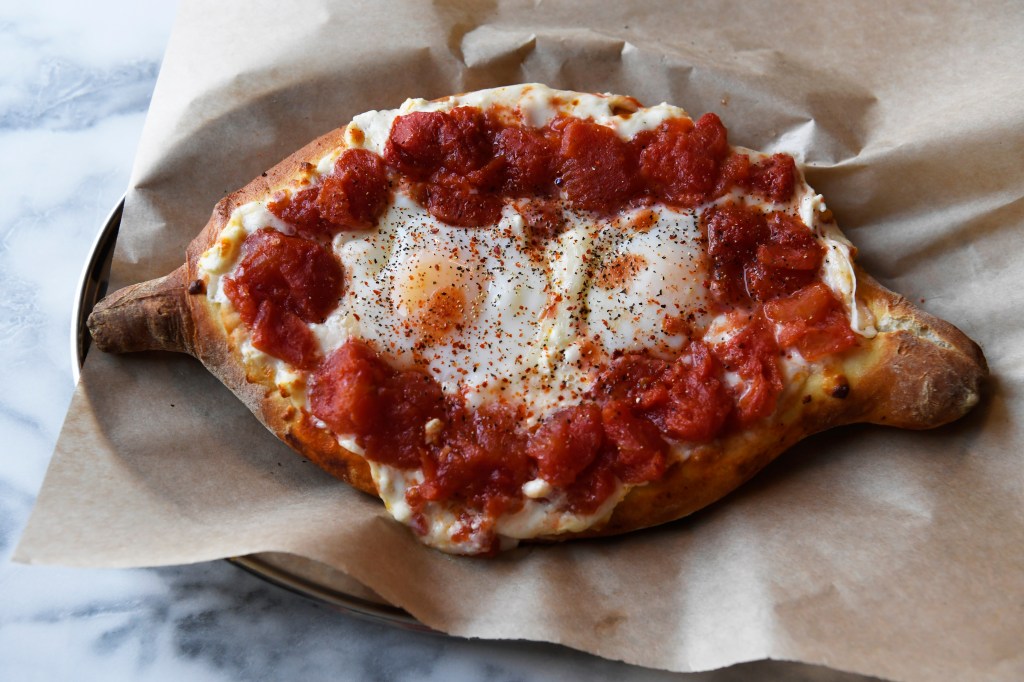 Editor’s note: Due to possible changes in restaurant dining policies due to COVID-19 and the delta variant, please check each restaurant website as well as the state of Colorado’s guidance at covid19.colorado.gov.

In 2020, the “grand” restaurant opening was anything but. First impressions were nonexistent — or worse — for those food businesses that debuted to the public during a year of shutdowns, reduced seating and early last calls.

“It took us 18 months to open, because as soon as we got our permit to start working, COVID hit,” said Allan Torosyan, who runs the eight-month-old House of Bread & Pastries on South Parker Road together with his family. “When we opened up, we were allowed maximum-capacity dining, and then a few weeks later, there was another mandate.”

House of Bread finally opened in November 2020. Since then, Torosyan said he and his family have just been trying to spread the word about their Armenian cafe and bakery. It’s a small operation with an impressive selection, including rare-to-Denver Armenian pastries, kabobs and street foods such as the addictive ajarski.

That last one has its origins in Georgian cuisine but has been adopted in Armenia, where “we like to take credit because it’s that good,” Torosyan said with a laugh. It’s a boat-shaped dish with a bread base and baked-in feta filling, topped with two over-easy eggs, and sometimes diced tomatoes, for breaking and dipping.

Then there are desserts like the layered puff pastry and cream Napoleon: “On the weekends, we put two trays out at a time, and they both hold about 20 (slices), and every 30 minutes to an hour, we bring out a fresh batch,” Torosyan said, attesting to the cake’s popularity.

Indeed, finding pastries with an established following at restaurant newcomers like House of Bread months to a year after they’ve started serving can be just as gratifying. With dining rooms open and restrictions (at least for now) more relaxed than they have been, it’s a nice time to experience what these new food destinations have to offer.

So here are 10 restaurants that hold such promise since opening at the height of a global pandemic that they’re worth revisiting now, or finding for the first time, so many months later.

This laid-back bar and pizza shop with a rooftop deck is just about everything you could ask for in a nightly neighborhood spot on South Broadway. But it’s so much more than that, thanks to the expertise of owners Andrew Templar and Julia Duncan-Roitman. The pair moved from Brooklyn to Duncan-Roitman’s hometown in Denver, with hopes of opening an approachable bar featuring good design and quality food offerings. They hired Roberta’s Anthony Falco to consult on the pies, and now their pizza is a show-stopper, making Joy Hill a destination for all of Denver.

Co-owners Ty Leon, Heather Morrison and Austin Carson really make Olivia what it set out to be: a neighborhood Italian restaurant that’s equally inviting for a bar seat or a celebration sit-down dinner. After opening in early 2020, the team had to pivot in a big way a month or so later. But they took it in stride, offering takeout meal kits and date-night deals to build some camaraderie. Now they’re back to serving up inventive cocktails and handmade pastas inside an intimate Wash Park dining room, which is where this trio really shines: in service and hospitality.

From a French brasserie to a pizza to-go counter and back, this corner restaurant in the Cole neighborhood just continues to remake itself throughout the pandemic. Lucky for us, the restaurant is up and running as usual, and there’s just so much to love here. 1. The setting is quirky and adorable (see: French hip-hop playing and storm troopers painted on a wall mural). 2. Chef Nick Dalton’s compact food menus are delightful, as are the wine lists. 3. The brasserie’s latest comeback offering is reason enough to revisit: a weekend brunch filled with ricotta doughnuts, ham biscuits and French omelets.

First-time restaurant owner Lucien Reichert and his team opened Fox Run just after restaurants were shut down in March 2020. And like others on this list, for months they could only sell their food to-go. Good thing, then, that biscuit sandwiches and pastries for breakfast, and fried chicken and burgers for lunch are some of the things we’ve craved most this past year and a half. But the East Colfax cafe, its eager young team and their lemon ricotta pancakes are even sweeter in person.

King-sized wang mandu are the house specialty at this Korean dumpling house in Aurora, which opened last spring and has been quietly selling these massive steamed buns or “giant dumplings” filled with meat, kimchi, shrimp or beef barbecue. You also can swing by for regular-sized dumplings or dessert jjinppang (steamed buns filled with sweet red bean paste). But the big buns are the stars here, and a reasonable meal priced at $9 for a mix of three. (For reference, I could only eat one in a single sitting.)

This beautiful Highland destination is less of a restaurant and more of a whole community space, complete with shops, wellness services, workout classes and a cafe. It’s worth exploring in its entirety, but the cafe is the draw for our purposes. Nest serves an all-day menu of drinks, snacks and plates that are equally healthful and tasty. Its dining room is light- and plant-filled and perfect for working on a laptop or meeting up. And even with a health bent, the place doesn’t take itself too seriously. Try out happy hour Wednesdays through Fridays for $5-$7 wine, beer and cold-pressed juice cocktails.

These two are cheats, because they didn’t technically open in 2020. But they did change so drastically in 2020 that we’ve decided to include them together here. By the end of last year, Bruto at downtown Denver’s Dairy Block had employed a secret weapon: new head chef Michael Diaz de Leon, who started serving fixed-price, multi-course dinners four nights a week. For just a preview of Diaz de Leon’s Latin-influenced cooking, diners can try his tacos, tortas and tostadas served next door at Back of House (BOH), which offers mezcal drinks and patio seating.

A reader recently told us that her children’s favorite restaurant in Denver is Sushi Den. And we’d like to take this opportunity to tell her kids about their next favorite restaurant by the same owners: Temaki Den. When in RiNo, go for a menu of mostly hand rolls (temaki) as well as aburi, or flame-seared sushi. Both are delicious. Temaki come in about a dozen varieties — including a handful of vegetarian rolls — and are easy to fill up on (at $4.25-$10), while aburi nigiri are single-bite splurges (try the wagyu, lobster or ootoro for $7 apiece).

Finally, an ajarski, khachapuri and khinkali destination in Denver. And if you don’t yet know that you need those foods, get to House of Bread immediately and order one of each. But all of the Armenian and Georgian dishes at this family-run bakery come from generations of home and street cooking. So try everything: the strong coffee, the savory specialties and a selection of desserts to take home, starting with Mille Feuille. (Note that there are Halal menu items and a complete list of offerings that aren’t in the display case online for ordering.)

Subscribe to our new food newsletter, Stuffed, to get Denver food and drink news sent straight to your inbox.

Best Fashion Schools In The Us
We use cookies on our website to give you the most relevant experience by remembering your preferences and repeat visits. By clicking “Accept All”, you consent to the use of ALL the cookies. However, you may visit "Cookie Settings" to provide a controlled consent.
Cookie SettingsAccept All
Manage consent